More for Bryan Caplan and his misogynist followers

Note: Not all of Bryan Caplan's readers are misogynists. At least two are actually thoughtful. But there are clearly whiney little losers who love Bryan because he helps them blame "uppity women" for their failures.

Bryan's anti-feminist argument (which, honestly, should just be "don't be a jerk to Scott Aaronson on Twitter") is based on his straight-white-rich-over-educated-male view that "women have it easier." This is because men used to be drafted and (a few) work hazardous jobs.

He seems to have missed the news that in 2022, women in the United States don't have the right to bodily autonomy.

I wonder how anti-feminist Bryan would be if his daughter was raped and then forced to risk her life to carry the pregnancy to term and give birth to his child.

Because that is the world his fellow anti-feminists want and are building.

In case I'm not clear, here is a cut chapter from Losing My Religions:

I am writing this in Germany, where yesterday, I woke up to the leaked SCOTUS draft opinion overturning Roe v Wade. Anyone paying attention knew this was coming at least since Ruth Bader Ginsburg died; the theocrats’ fifty-year plan has paid off big-time.

It is 2022. We should be working to secure basic human rights for transgender people, and our concern for animals should be increasing. We should be expanding the circle of our moral concern. Instead, the Supreme Court has decreed that half our population no longer has the right to self-determination.

I knew this was coming as soon as Anthony Kennedy retired. But still, I am so goddamn angry.

Update after Roe was officially overturned:

Alito, who wrote today’s “This is how The Handmaid’s Tale starts” opinion, cites – again, to support a legal decision in 2022 – Matthew Hale, a 17th-century “jurist” who had at least two women executed for witchcraft.

In addition to killing women for “witchcraft,” Alito’s hero Matthew Hale also wrote a treatise saying a husband could never “rape” his wife. This is because the woman is, for all intents and purposes, his property. She has no agency. She has no choice.

Yet knowing exactly what it meant, Alito and his fellow Christian Nationalists chose to cite Hale, holding him up as a legal mind who should determine our laws today.

And even though Hale’s witchcraft and rape assertions were clearly spelled out following the leak, Alito and his fellow Xtian Taliban all chose to keep Hale in the final decision.

They could have cited any of the federalists in U.S. history. They chose to cite a rape defender to whom women were wenches or witches.

Their “legal” argument is simple: Women exist to serve the man and bear as many of his children as he chooses to have.

They could not be clearer on this.

The Handmaid’s Tale is not a “hysterical overreaction.” It is their playbook. It is their ideal. 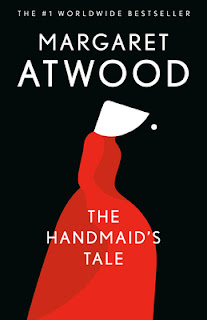