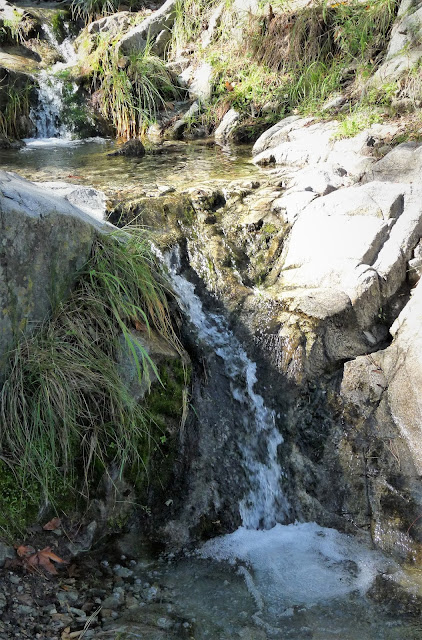 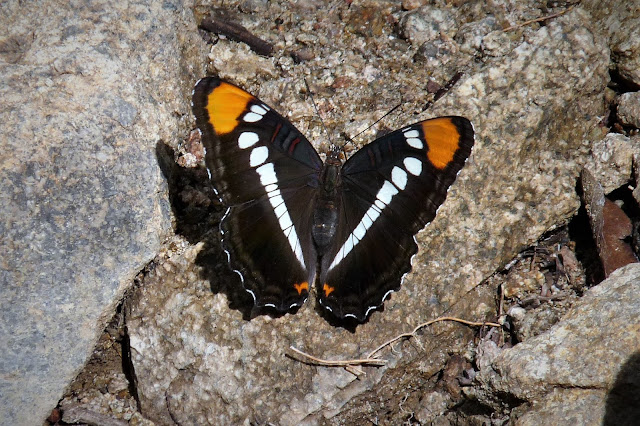 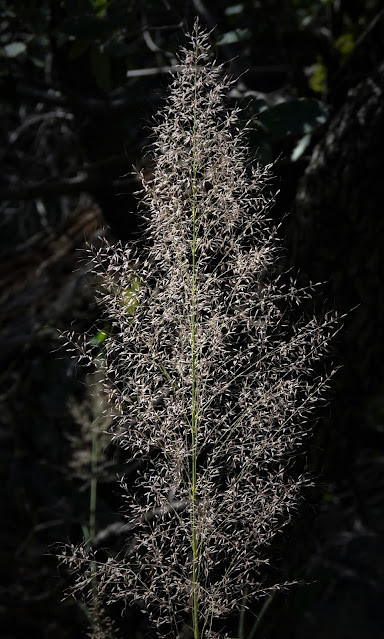 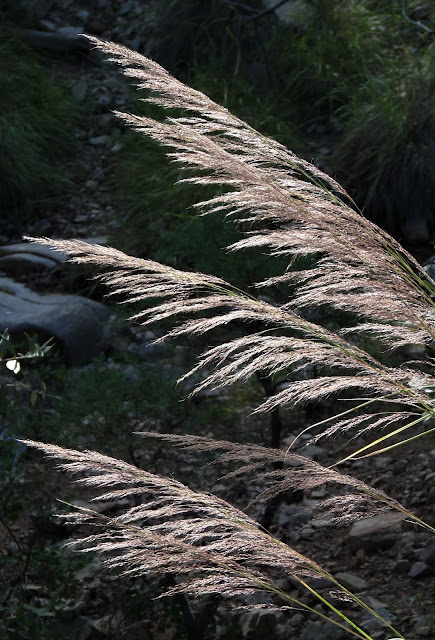 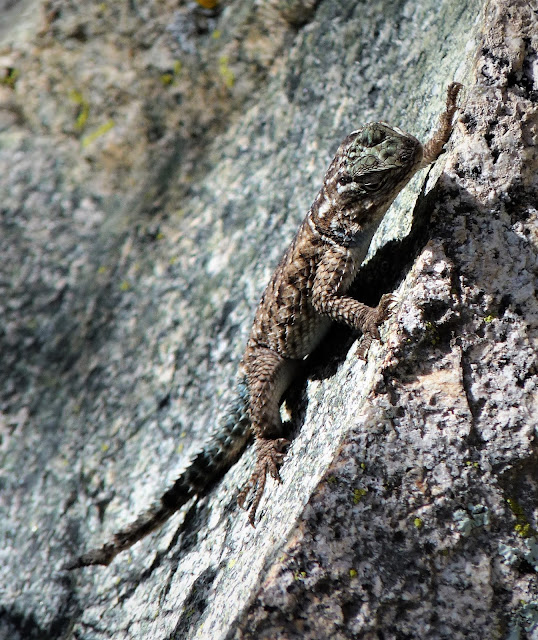 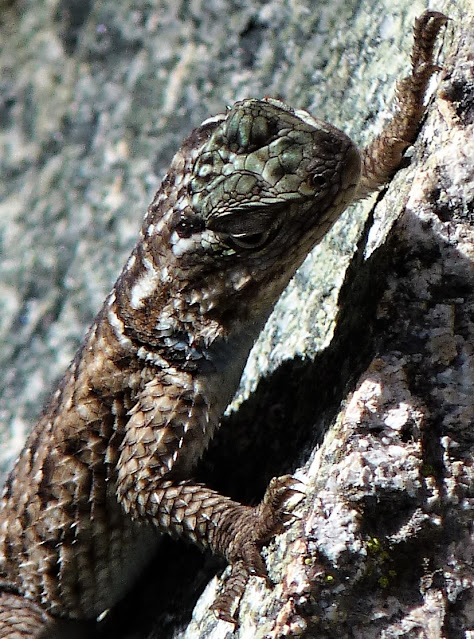 How did this toad get up to the top of our gate? (Upper center of pulled-out photo.) And we don't live near any water, either. 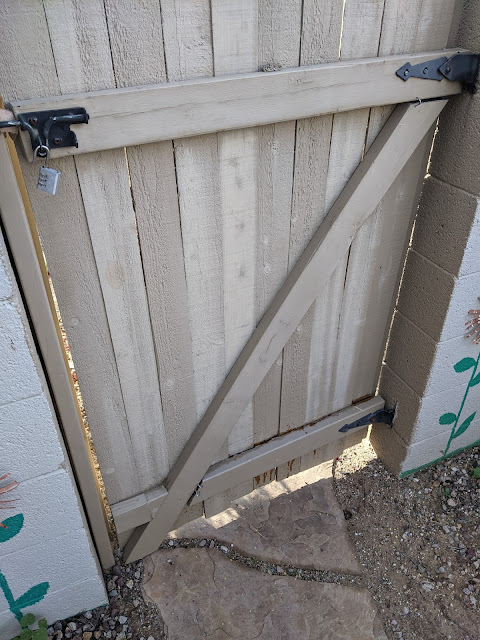 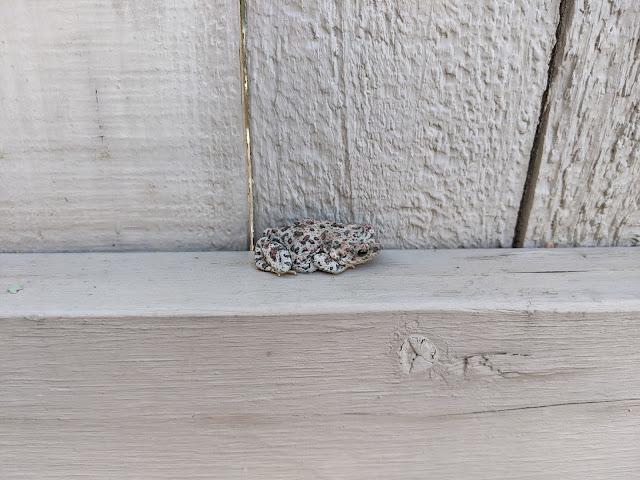 This is not the best PSB's song, nor my favorite, but the way he says "party animal" just makes me laugh every time. Lyrics.

When EK was growing up, I did my best to play good music - The Beatles, Pet Shop Boys*, Wilco, etc**. But I never played Styx, who were huge when I was growing up. I didn't realize that they were still around for decades! Unbeknownst to me, EK discovered them and is a fan of their 2015 concept album about a mission to Mars.

I thought of them again yesterday when I saw Neil deGrasse Tyson said Come Sail Away (about alien abduction!) would be his one song. 👍

**That is such a white, Midwest, middle-class list!
No comments: 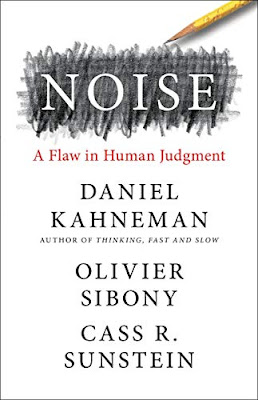 Why it is good to have health insurance. 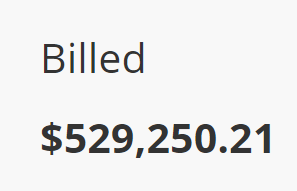 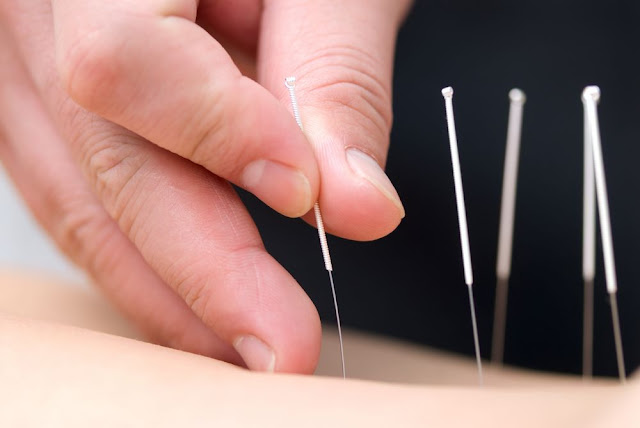 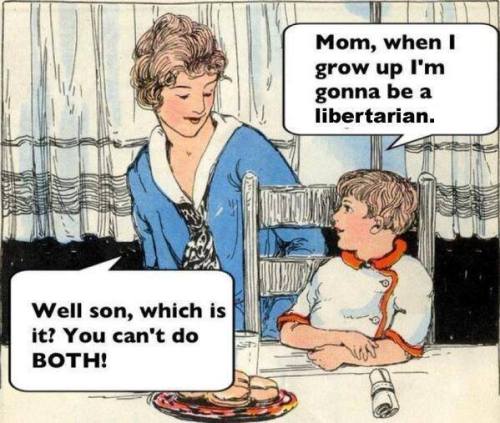 Some Recent Photos & a Song 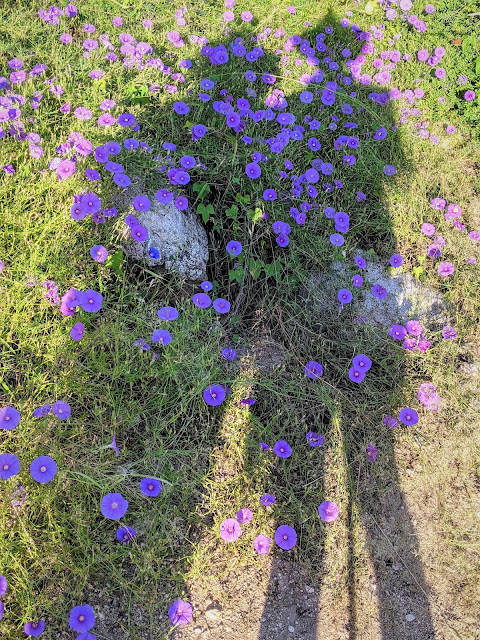 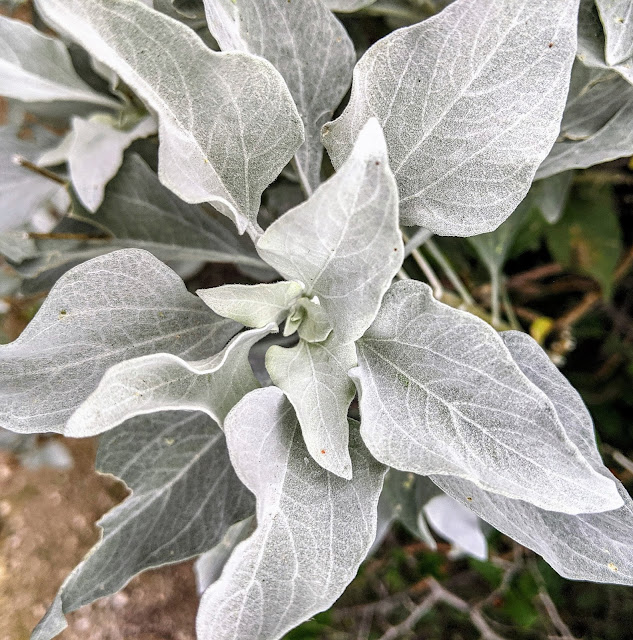 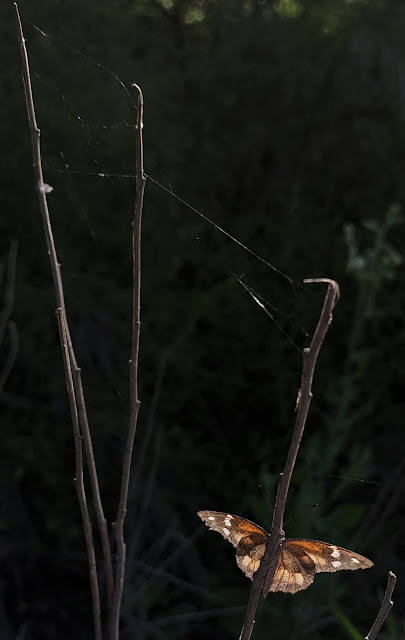 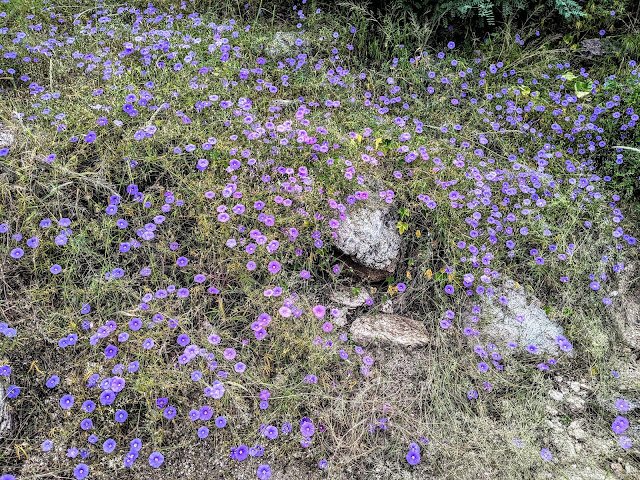 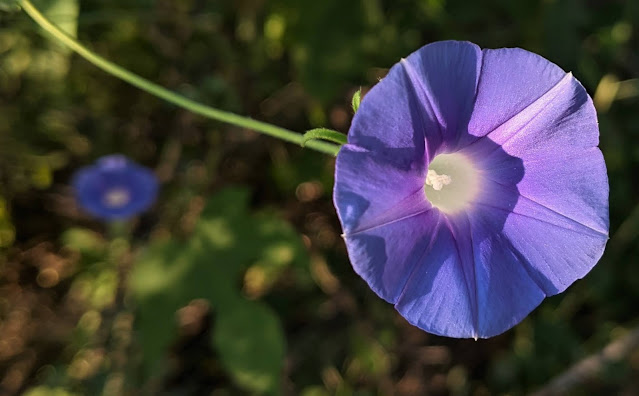 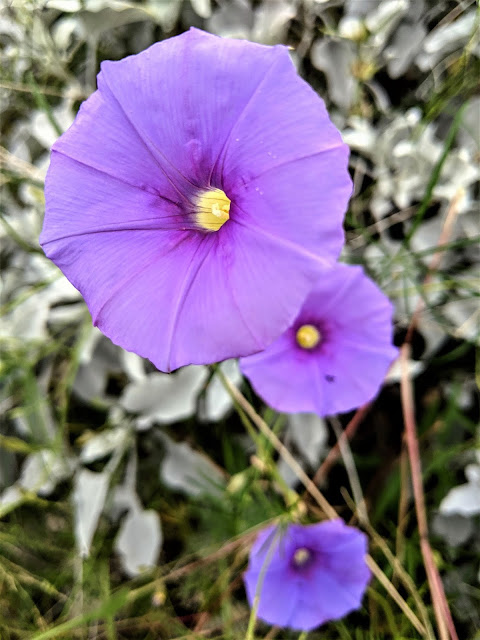 Boycott SeaWorld and Their People

As readers know, I focus on chickens for various reasons. Luckily, few people actually like factory farms and slaughterhouses. Basically no one wants to see them.

But SeaWorld is also a torture factory, but for whales, dolphins, and other aquatic animals (more, from a specific former trainer). Yet people actively pay to go there, actively supporting this cruelty. 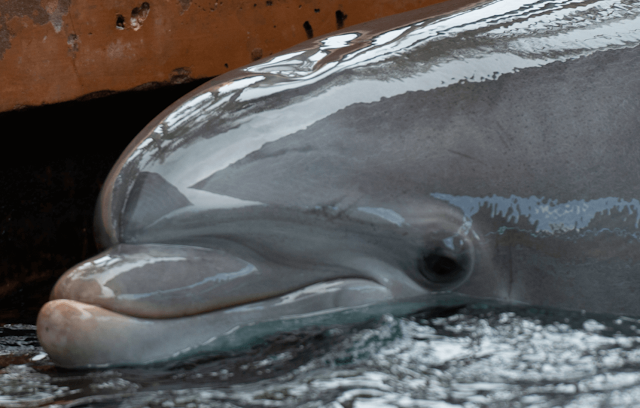 We should, obviously, boycott SeaWorld. But we should also shun people who work there, as well as former employees who have not publicly spoken out against the company's practices.

Now imagine the briefest, mildest unpleasant experience. Not even a stubbed toe – maybe just a brief muscle spasm that you barely notice. Make that a 0.0001 on the suffering scale.

And yet, that is what a strict utilitarian calculus would require – prevent the most total suffering.

The short takeaway is that I don't see that morality can be based on a simple summing across individuals (apologies to Parfit). 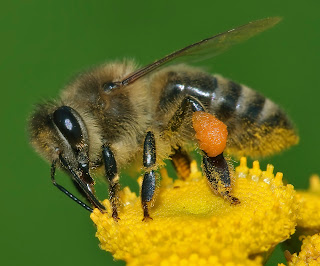 I would be very comfortable betting my life that insects do not have subjective conscious experiences. Not to get into the weeds, but I believe people too easily conflate behavior with consciousness. The ability to sense things – "sentience" in its broadest meaning – exists all the way down to single-cell organisms (Carl Sagan once told me this is why "sentience" per se couldn't be the basis of morality). But the ability to sense things is not the same as being conscious.

To me, all the evidence indicates that the ability to have conscious, subjective experiences – to be able to actually suffer – derives from and requires significant neural complexity (sorry Chalmers). And once the appropriate level of complexity is reached, further complexity can lead to a greater capacity for consciousness. That is, the ability to feel feelings is not binary, but analog.

(For much much more, please see this. I don't fully agree, but it is the most honest and thorough treatment of consciousness I've ever come across. Those two links – Antonio Damasio's theory of consciousness and OPP's investigation into consciousness -- are probably the two most important links to me for the idea of consciousness.)

So even if insects can have any subjective experience, their most intense sensation would be the palest hint of a feeling – a tiny fraction of the worst suffering we can experience.

I could be convinced that I should do something with my life that would help individuals who are suffering worse than chickens – individuals who wouldn't be helped if not for my specific efforts. But I've not yet come across that argument.

I could be wrong – I've changed my mind before.

Many (not all) things have gotten better.

Yes, "CO2 concentrations in the atmosphere. The Black-white education gap. The conservative descent into Trumpism." -- all very, very bad.

But many important things have gotten significantly better, Including income. 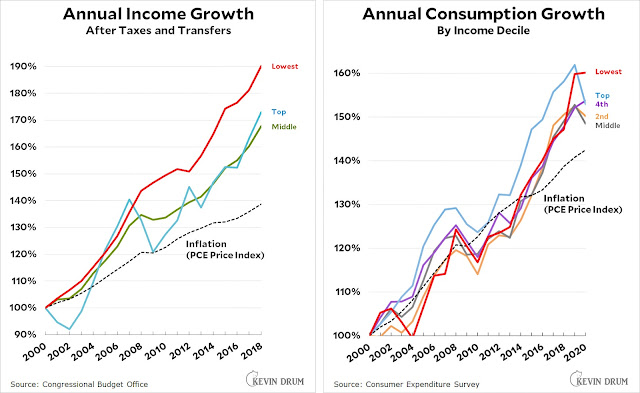 Why promote step-wise change vs veganism:

Garrett M. Graff:
I'm always struck by how much media coverage and Democratic politics is aimed expressly at not offending Republicans, while so much of Republican politics is expressly about offending Democrats and the media. It's the worst—and most self-destructive—asymmetric political warfare.

"Professional forecasters offer highly variable predictions about likely sales of new product, likely growth in the unemployment rate, the likelihood of bankruptcy for troubled companies, and justified everything else. Not only do they disagree with each other, but they also disagree with themselves. For example when the same software developers were asked on two separate days to estimate the completion time for the same task, they hours they projected differed by 71% on average."
-Noise, by Danny Kahneman et al
No comments: