The effect of our media bubble

In Losing My Religions, I talk about how powerful our media bubbles can be, even sending smart, thoughtful people down crazy rabbit holes.

Scott Alexander has an interesting post that covers similar ground. Read the Infowars section and imagine if that was your source of news. Pretty terrifying, no?

I have absolutely no love lost for the current Republican party in the United States. Supporting Tangerine Palpatine at this point - after January 6 and the superhero NFT grift - is enough to disqualify you for friendship. (It was long before January 6, but those two - wow.)

But that doesn't mean that everyone on the Left is correct, or that there are no important ideas generally associated with conservativism.

The older I get, the less interested I am in spending time with people spouting an -ism - Marxism, libertarianism, veganism, abolitionism (in the animal advocacy perspective). I clearly have my qualms with (many) environmentalists and (many) effective altruists.

Not only are elections won in the middle, but that is also where policy is made, too. Better to reside there than live in the fantasy world that you're expanding the Overton window. 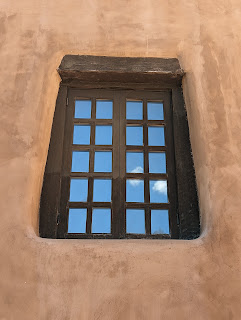