Song: Over The Rhine "Give Me Strength"

Not to harp on Bryan Caplan,* but it continues to amaze me how arrogant and narrow-minded "smart" people can be.

Recently, I saw two of his posts about his trip to Japan. One gloated about flying without masks, and the second celebrated refusing to follow mask mandates when in Japan. He called Japan's masks and other anti-illness steps "theater."

More than 1,100,000 people in the United States have died from Covid. If not for selfish and ignorant jerks, if we had Japan's death rate, 940,000 Americans would still be alive.

I get it that Caplan doesn't give a shit about anyone else, not even his own daughter. And sure, there are loads of misogynists and other arrogant but frustrated white dudes who will eat up libertarian garbage.

But I think they should be called out more. I could be wrong, though - it may simply be a waste of time or worse.

Update January 13: Our kid just went to the big econ conference in New Orleans. Presented, went to sessions, talked with loads of people. Wore a mask. Didn't catch Covid, even though they shared an Uber with someone who turned out to have Covid. 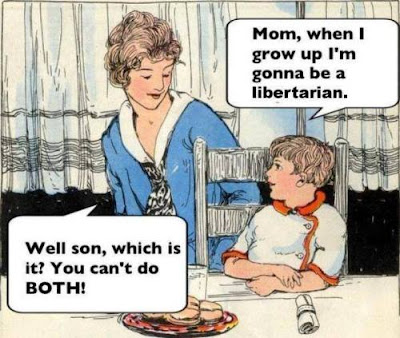