Song: Wilco "You Never Know"
"Come on, children, you’re acting like children
"Every generation thinks it’s the end of the world"

As you know from reading Losing My Religions, calling out vegan crazies has not worked out well for me (professionally). So, not having learned my lesson, I also go after the climate crazies in Losing. (In case you've forgotten, the chapters "Greta Thunberg’s misery is the result of child abuse" and "Climate activists are to blame for some of the suffering caused by climate change.")

Luckily, I'm not the only fool. Long-time Democratic strategist Ruy Teixeira has done a very thorough series - "From Environmentalism to Climate Catastrophism: A Democratic Story" that you should definitely read:

He puts the current moment in a historical context and analyzes today's political realities. (Imagine that - living in the real world instead of insisting on your personal fantasy.)

There is too much great stuff to pull excerpts; you really should read it all. But keep this context in mind:

[T]here is the toll that extreme weather has on human society and lives. In economic terms, increasing damages are largely accounted for by how much richer and denser human societies are; there is simply more exposure to any given disaster. In human terms, deaths from natural disasters are down, way down. A century ago, it was not uncommon for natural disasters to kill more than a million people annually. The average in the 2020’s so far is about 13,000 per year. This is because richer societies are more resilient and far better at coping with disasters.

None of this is consistent with the catastrophist perspective. It suggests instead a fair amount of progress and a continuing problem susceptible to further reform.

PS: Another person worth reading (even if he is sometimes provocative simply to be provocative) is Matt Yglesias, who I also cite in Losing (e.g., Is quiet climate policy enough? Probably not, but it’s the best we can do). His recent column (Net zero needs carbon capture, and carbon capture needs someplace to put the carbon) shows just how many difficult things need to happen if we are going to actually address climate change. 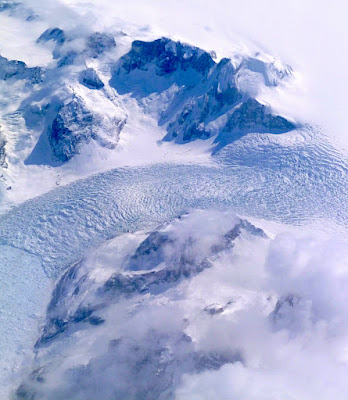