A fair number have commented on my Against Longtermism post, although, as predicted by someone deep in the EA movement, it is more ignored than considered.

I thought about that listening to Ezra Klein's interview with Will MacAskill on the latter's book What We Owe the Future. In the interview, Will says:

In 2017, a coalition of states and non-government organizations estimated that there were some 40 million people enslaved worldwide, as well as 152 million child laborers. (2022 Update: there are now 50 million enslaved people, up 25% in just a few years!)

So even assuming Will is right about 1700, the number of individual humans enslaved is, to a first approximation, the same today as in 1700. There are also 100 million individuals who have been forcibly displaced worldwide as a result of persecution, conflict, violence, or human rights violations.

And, of course, the number of sentient beings being tortured and brutalized is orders of magnitude higher today - tens of billions every year.

Longtermists focus on how future lives could vastly outnumber current lives, so we must avoid extinction. But future agony will likely be vastly worse than current. Mightn't that be worth considering? 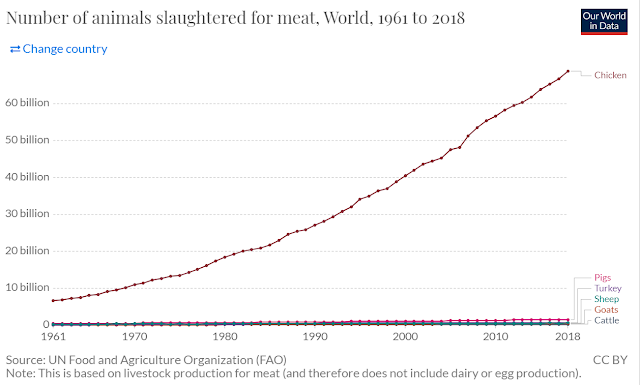