Nick Offerman is not Ron Swanson

Two representative excerpts from Nick Offerman's Where the Deer and the Antelope Play:

Facts are facts, and the right-wing propaganda machine cannot ultimately change that. They are sadly able to influence their viewers, because there is certainly a contingency of people who would like to not be bothered, to remain asleep. It's absolutely a pain in the butt to have to deal with healing the wounds of slavery that we have inflicted upon our population. It's a total pain in the ass to have to acknowledge and deal with the massive sins of Native American genocide. But, friends? Those total bummers are obviously nothing when compared with living as the victims of slavery and genocide, and all the other ills that some number of us have inflicted upon some others. I guess being "woke" means that one has enough integrity as a citizen, a neighbor, and a human to cop to these sins. I want to be awake. It's undeniable that we Americans fucked up in the ways that we did. Undeniable. So we can strive to be "woke" about it and face it head-on, or can go on Fox News and beg the audience to let us remain asleep in our fluffy beds that we have so thoroughly shat.

The second RV park we'd just left in Arizona, the nice one with the cottonwood trees, had a little group of six or seven mobile homes that had created a little circular mini-camp. They were all modest camper models, each with a Trump flag and an American flag, and sections of plastic picket fence and Christmas lights (sorry, I'm a member of the radical Hollywood elite, so-holiday lights) demarcating the borders of their, what? Cult village? It was scary, to be honest. No matter what those people were telling themselves about their stance and their values, for those of us opposed to that candidate and what has slavishly become his party, their flag was little different from a Klan hood. We can't be expected to think that it represents good people who want the best for our country, when you have told us yourselves that you want to see us liberals crying in pain. 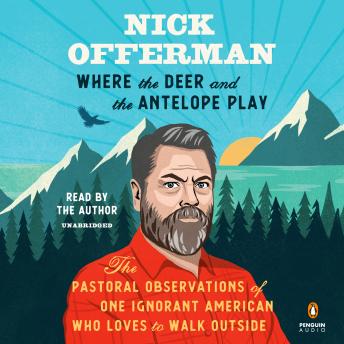