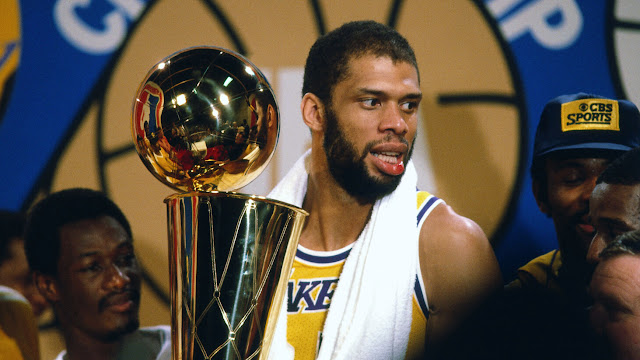 Jordan B. Peterson is mad as hell and he’s not going to take it anymore. He has announced his bold decision to publicly martyr himself—like all good cult leaders—by choosing death over retracting a recent tweet that got him suspended by Twitter. “The suspension will not be lifted unless I delete the hateful tweet in question,” he announced. “And I would rather die than do that.” Death wasn’t one of the options in Twitters’ terms of service agreement, but Peterson is nothing if not self-importantly melodramatic. He sees himself as a cultural lightning rod absorbing the charged bolts of wokism that is setting ablaze traditional values. In reality, he’s just an embittered crank.

I’ll return to the silly reason for all his pearl-clutching theatrics in a moment. (There will be a big surprise when I do.)

First, we need to understand why when Jordan Peterson says something—even something as juvenile as the tweet that got him suspended—it’s important. Pied Piper Peterson has a large following of cultish devotees that are deeply influenced by his words. He has 4 million followers on Instagram, 2.1 million on Twitter, 1.5 million on Facebook, 5 million subscribers on his YouTube channel, and his books have sold millions of copies. He is guru to many disaffected young white men who feel under attack just for being born male and white. He articulates their self-doubt, anger, and frustration. If only Uncle Jordan’s hearty bro advice wasn’t so lazy and superficial.

Now his infectious influence has spread even wider, becoming a pandemic of bad ideas and limp thinking. He recently joined fellow conservative gadfly Ben Shapiro’s (see my article about Ben Shapiro here) Daily Wire+ where their ads describe Peterson as “The smartest mind in western civilization” and “one of the most important minds in history.” That’s taking hype to a dizzying new level, a little like proclaiming Fifty Shades of Gray as the greatest work of literature ever written.

As to why I refer to his followers as cultish: the essence of a cult member is to embrace someone’s teachings and opinions without rigorous critical analysis. To be fair, cultish loyalty is common among all religions, political parties, and sports teams. We’re all guilty of it sometimes. People want to belong to something that makes them feel free, moral, smart, and safe among like-minded. Often they are willing to trade away actual freedom, morality, intelligence, and safety in order to feel that way. Your basic blue pill versus red pill scenario from The Matrix: the red pill shows you reality and the blue pill allows you to live in blissful ignorance.

Jordan B. Peterson is the blue pill.

The target of Peterson’s ire that got him suspended is actor Elliot Page (The Umbrella Academy), who has so rattled Peterson’s noggin that he’s unable to remember Page’s name. Apparently, it’s pretty easy to confuse a Ph.D., bestselling author, and “smartest mind in western civilization” when you give him two choices: Elliot or Ellen. Okay, I know he’s just playing his cranky old grandpa on the porch griping about new-fangled ideas that are sending this culture “to hell in a handbasket.” (Yes, he really used that phrase.) Still, his faux confusion is so lame.

Here’s what he tweeted: “Remember when pride was a sin? And Ellen Page just had her breasts removed by a criminal physician.” Twitter suspended him for hate speech, which he responded to by posting a rambling, huffy video ending with Peterson saying “up yours, woke moralists—we’ll see who cancels who!”

I’m still trying to wrap my head around “Remember when pride was a sin?” That’s a pretty moralizing statement for him to later berate “woke moralists.” That’s so Peterson: to endlessly complain about others moralizing while he’s moralizing. As if only he has the right to proclaim which morals are proper (talk about pride being a sin!). Then he warns Twitter that he’s going to cancel them (which sounds pretty godlike prideful). And, of course, his insistence on deadnaming Elliot Page (calling him by his former name) because, to him, people don’t have the right to choose their names or gender roles.

Why? Because to Peterson, transgender kids are being groomed to deny their true gender identity and Elliot Page, with his washboard abs and confusing new name, is leading the children astray. Peterson offers no credible proof of this grooming (studies he’s cited have been easily refuted by many experts). But he knows that in a climate where 40% of Americans believe President Biden didn’t win the election despite no proof to the contrary, he can “win” the argument just by saying it often enough to his uncritical followers.

Fifty years ago, when I chose to convert to Islam, I heard a lot of the same complaints that Page faces. People thought I was influencing Black children away from Christianity, that I was ungrateful to the country, that I was insulting my Catholic upbringing. In fact, I chose a religion that took me back to my African roots rather than the religion that the slaveholder who owned my ancestors followed. I felt more like Me. Some people then—and still today—refuse to call me by my legal name, as if they should have the power to determine my identity. That’s just another form of slavery.

Why Peterson Shouldn’t Have Been Suspended

Here’s the surprise I promised: I agree with Peterson. Not about what he wrote, which is offensive, ill-informed, and childish—akin to scribbling obscenities on the bathroom stall in middle school—but we must draw a clear line between hate speech and hateful speech. Hate speech promotes violence and biased actions against groups. Hateful speech spews irrational anger that is hurtful. Granted that line can get fuzzy because hateful can quickly become hate, but it’s important that we are vigilant in making that distinction so as not to quash free speech. His comments were more buffoonish than hate and he should have the right to be a buffoon.

I also agree that Twitter was too quick to pass judgement. And the complete autonomy with which judgement is passed without specifics is like being judged by Russell Crowe’s ditsy Zeus in Thor: Love and Thunder. Social media giants are omnipotent beings who feel no responsibility to justify their decisions. They need to have the process be more transparent to the public.

Why Peterson Should Be Abandoned by All Good People

Much of Peterson’s fame and infamy is the result of YouTube debates he does with other YouTubers, mostly with people that agree with him. On those occasions when he debates people who don’t agree with him, his tactic is similar to Ben Shapiro’s: name-drop famous writers and thinkers, keep changing the subject so he never has to fully defend his position, throw out irrelevant facts and studies so he sounds smart. You would be hard-pressed to know what Peterson’s thesis is during a debate.
In his debate with secularist Matt Dillahunty, Peterson kept straying from the question at hand so much that Dillahunty’s frustration as he kept trying to bring him back to the point was evident. Peterson knew he couldn’t logically win so he just talked about whatever popped into his mind.
I don’t care for debates—whether on YouTube or presidential. They are designed purely for entertainment value and to get more subscribers who already agree with them, not to clarify complex issues. Someone mentions a fact or statistic but there’s no time to look it up to see if it’s a legit study or fact. So the process has the veneer of reason when it’s mostly emotion.
I have seen some debates in which Peterson was so outmatched that I was embarrassed for him, especially those with Dillahunty and neuroscientist and philosopher Sam Harris. He would ramble pointlessly only to have his fans comment how he “destroyed” the opponent, which is a testament to the inability of his followers to distinguish logic. They think because they can’t understand what he’s saying, he must be really smart. The reason they can’t understand him is because there are so many logical fallacies he uses: slippery slope, false dilemma, name-calling, poisoning the well, and so forth that they should be used in critical thinking classes as examples of what not to do. That’s why one columnist referred to him as “the stupid man’s smart person.”
Peterson Doesn’t Like Women

I know. Bold accusation. But you only need to watch this video to see his open hostility to interviewer Helen Lewis, who is polite and respectful. Just watch the first ten minutes and every time he interrupts her take a shot (no, don’t, because you’ll be drunk in five minutes). During this interview, he repeats his claim that there is no patriarchy in Western culture, which is refuted by most sociologists and anthropologists. When pushed by Lewis to support this claim, his reasoning is “Cuz I said so.” (By the way, studies show that men consistently interrupt women.)

Peterson quit Twitter in May 2022 after the backlash from his tweet about Sports Illustrated’s plus-size swimsuit model Yumi Nu. His opinion: “Sorry. Not beautiful. And no amount of authoritarian tolerance is going to change that.” That sounds less like “The smartest mind in western civilization” and more like frat dudes cackling about her photo over beers. If you can read that tweet and still choose to follow him, then congratulations, your grooming is complete and you now have no critical thinking abilities left.

Two points need to be addressed. First, even if he wanted to make a larger point about beauty standards in Western culture, why do it in such a cruel and insulting way? Ridiculing a woman for her looks doesn’t lead to insight—nor is it the behavior of anyone most people would want to associate with. Starting his vitriol with an insincere “Sorry” is what middle schoolers do. Second, he’s making an unsupportable claim that there is only one unchanging standard of beauty—and he’s the guy in charge of deciding what that is. Pretty damn authoritarian, Jordy. Not to mention historically inaccurate.

Peterson's homespun homilies mixed with dense academic jargon lures his unsuspecting followers into junk thinking. Like Trump and all other grifters exploiting their followers for the money, they portray themselves as outsiders (millionaire outsiders) and martyrs (though they sacrifice nothing), all while telling their audience exactly what they want to hear.
That's dangerous for them--and for the country.