Turn you back on mother nature.
–Tears for Fears, “Everybody Wants to Rule the World”
I might be very close to generation Peak Email. To a large extent, I use email as my to-do list. Although I have paper lists on my desk and appointments and tasks in my Outlook calendar, if I’m not at my desk and think of something I need to do, I pull out my phone and email myself. Email is also the main way I communicate with people. I get a number of newsletters over email (especially forwarded from our Sedona pal Ken), and read more in the Outlook and Mail applications than in magazines or even articles on the web. To write this book, I have to absolutely avoid email.

Not to sound like a cranky old man, but it seems like people younger than my sister do not use email nearly as much. They seem to have taken to the idea that you can ignore emails, or at least not answering them. On his Vox podcast, Ezra Klein once promoted the idea of not responding to many emails as one way to deal with information overload. Of that idea, I am not a fan!

While there are some people I now text with, for other younger people, I actually catch up on the phone, partying just like it was 1999.

This is a ridiculously-long way of saying that I was catching up with Natalia on the phone yesterday. She was asking me about my book and if I was enjoying writing it, given that I was writing about some very painful times in my life. I told her that the early bad times (Before Anne) didn’t really bother me, because in some weird way, I don’t identify with or connect to that person. I wouldn’t wish the things I went through Before Anne on (almost) anyone, but mentally reliving them to write about them doesn’t cause me suffering.

I told Natalia that there are things I’m not looking forward to writing about. Crohn’s disease, Lung II. 2021. And I didn’t enjoy writing about Anne’s labor (childbirth, not all the work she has done in her life).

A younger friend went through almost exactly the same torture watching his partner give birth last year. Before talking with him, I had not personally known anyone who admitted to having such a terrible, scarring time watching their partner give birth. But I think it’s why fathers are often not allowed in the delivery room. Many of us are just not cut out for it. It is also pretty dang terrible that we don’t talk about what dads go through, in the same way that we, as a society, don’t take postpartum depression seriously enough.)

Ezra Klein talked about another problem on one of his podcasts after Annie Lowrey had their first child. In the Bay Area, they felt a lot of pressure to have “natural” pregnancy and childbirth. But Annie had a lot of complications, and it was only modern medicine that allowed her and her child to survive and thrive.

As I was relating all this to Natalia, she asked, “So if I called you tomorrow and told you I was pregnant you would say…” And I cut in, “Go straight to the hospital. Get the epidural as soon as you have the first contraction. There is nothing good at all about experiencing childbirth in its ‘natural’ form.”

On The Crown, one time they knocked Queen Elizabeth out and she woke up with her baby there. That’s the way to do it.

This is an absurdly long way of getting to my point: Contrary to what we liberals say, “natural” is very often bad. And people who promote “natural” as “good” are very often wrong wrong wrong.

Childbirth is just one example. “Natural” selection discovered it was worth killing off bunches and bunches of women in order to get some individuals with bigger brains.

And only about a hundred years ago, being pregnant was as bad as having breast cancer today. Not back in the stone age – in the early 1900s. That is, you were about as likely to die if you got pregnant just a hundred years ago as you are if you get breast cancer today. (In a developed country like the United States, as documented in Steven Pinker’s Enlightenment Now.)

And back then, if a woman survived her first pregnancy, she would get pregnant again and again until she died or her internal organs gave out.

And then let’s consider that, well into the 21st century, the infant mortality rate in the United States is terrible. Of all the OECD countries, only Turkey and Mexico are worse. The rate at which infants die here is more than three times that in Japan.

Maternal mortality is even worse – even Turkey is better than the U.S. According to Statistica, more than 17 women die per hundred thousand live births here, which is also worse than Hungary, Chile, or Lithuania. The rate in Poland, a Catholic country (so they have messed-up views on sex) is only 1.1! Many countries have a rate of zero maternal deaths, including Ireland (again: Catholic, although abortion access is better there than here), Estonia, Slovenia, and the Slovak Republic.

So not only is “natural” very often terrible, the United States is far from “number one!” We are utterly shameful – we should literally be ashamed. In this regard, we really do need to make America great again – we should lead the world in these categories.

Let’s be truly “pro-life” and keep actual people from dying unnecessarily. If we can have people rich enough to build themselves private space penises, we’re rich enough to protect women and babies at least as well as Iceland does. 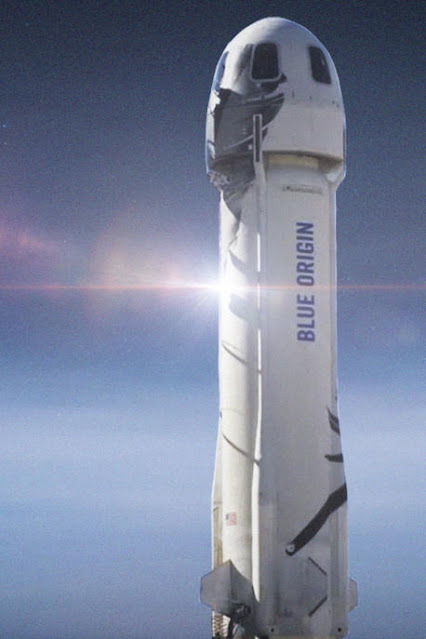