Email Forwarded by My Dad: The Upsides 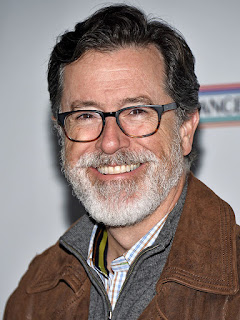 "I can't believe I'm saying this, but it looks like Trump is actually making America great again. Just look at the progress made since the election:
1. Unprecedented levels of ongoing civic engagement.
2. Millions of Americans now know who their state and federal representatives are without having to google....
3. Millions of Americans are exercising more. They're holding signs and marching every week.
4. Alec Baldwin is great again. Everyone's forgotten he's kind of a jerk.
5. The Postal Service is enjoying the influx cash due to stamps purchased by millions of people for letter and postcard campaigns.
6. Likewise, the pharmaceutical industry is enjoying record growth in sales of anti-depressants.
7. Millions of Americans now know how to call their elected officials and know exactly what to say to be effective.
8. Footage of town hall meetings is now entertaining.
9. Tens of millions of people are now correctly spelling words like emoluments, narcissist, fascist, misogynist, holocaust and cognitive dissonance.
10. Everyone knows more about the rise of Hitler than they did last year.
11. Everyone knows more about legislation, branches of power and how checks and balances work.
12. Marginalized groups are experiencing a surge in white allies.
13. White people in record numbers have just learned that racism is not dead. (See #6)
14. White people in record numbers also finally understand that Obamacare IS the Affordable Care Act.
15. Stephen Colbert's "Late Night" finally gained the elusive #1 spot in late night talk shows, and Seth Meyers is finding his footing as today's Jon Stewart.
16. "Mike Pence" has donated millions of dollars to Planned Parenthood since Nov. 9th.
17. Melissa FREAKING McCarthy.
18. Travel ban protesters put $24 million into ACLU coffers in just 48 hours, enabling them to hire 200 more attorneys. Lawyers are now heroes.
19. As people seek veracity in their news sources, respected news outlets are happily reporting a substantial increase in subscriptions, a boon to a struggling industry vital to our democracy.
20. Live streaming court cases and congressional sessions are now as popular as the Kardashians.
21. Massive cleanup of Facebook friend lists.
22. People are reading classic literature again. Sales of George Orwell's "1984" increased by 10,000% after the inauguration. (Yes, that is true. 10,000%. 9th grade Lit teachers all over the country are now rock stars.)
23. More than ever before, Americans are aware that education is important. Like, super important.
24. Now, more than anytime in history, everyone believes that anyone can be President. Seriously, anyone." -

That's your Dad? He looks like Colbert with a white beard.