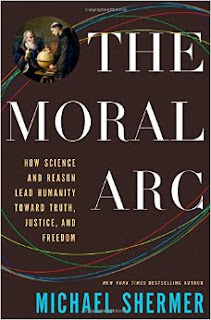 Although the parallels between the human and animal rights movements are abundant, it seems to me the latter have a significantly  larger task than the slavery abolitionists of the eighteenth and nineteenth centuries did, given that even at the zenith of the slave trade only a small portion of the world's population owned or traded in slaves, whereas the vast majority of the world's population eats meat and uses animal projects. As the animal rights attorney Steven Wise notes, animals are even more essential to our daily lives than slaves were in nineteenth-century America - including personally, psychologically, economically, religiously, and especially legally, where animals are property and their use protected by law, which is not always easy to change. Even if the arguments in favor of animal rights are better than those opposing them - which I think they are - bumping up the percentage of the population committed to a vegetarian or vegan lifestyle from the low single digits into the high double digits is going to be a daunting task. People didn't have to own slaves to survive. But people do have to eat, and meat is delicious to most, relatively cheap, and readily available, and therefore (still) a popular commodity to fulfill that need. In the United States it took a civil war to finally abolish slavery, and that was with only a small fraction of citizens owning slaves. When more than 95 percent of the population eats meat, that's a daunting difference.
-Michael Shermer, The Moral Arc

Wow. Is this from the book? Nice that he considers this.

Yup, from the book -- the rather schizophrenic chapter on animal rights.