Songs: The Best of Sade. Awesome.

Recently, I saw a tweet where a white guy said "I watch superhero movies for entertainment. I don't need representation."

Holy jeebus. Is it really so hard to imagine that you aren't the entire world?

Just this year, women in the United States lost the fundamental right to bodily autonomy, with a bunch of white men in various states passing laws saying that if a woman is raped, she must carry the rapist's child to term. But yeah, women have it easier.</sarcasm>

Sadly, I understand it is some people's <cough>Caplan<cough> schtick to feed (some) straight white males' (fake) sense of victimhood. "I would have gotten that job (raise, promotion) if not for those uppity women!"

(And others are so eager to avoid talking about race that they deem their views the only "objective" view, with anyone who doesn't agree dismissed as playing "identity politics.")

[Edit: I came across this the morning this blog post published. And those are the experiences of a well-off woman in a movement of highly-educated well-off people. But of course, some rich white dude in academia can know it is easier to be a woman.]

My gawd, what arrogance it takes for a well-off straight white male to make proclamations about what it is like to be anyone else in our society. 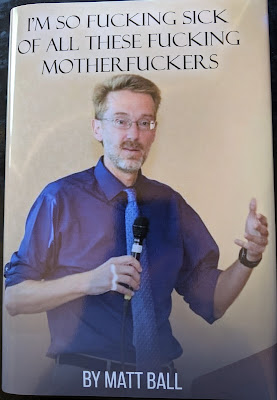