From Robert Wright's amazing Why Buddhism Is True (emphasis added):
I was walking through the woods and, looking down, saw a lizard frozen in its tracks, presumably by the sight of me. As I watched it look around nervously and calculate its next move, my first thought was that this lizard behavior was governed by a simple algorithm: see large creature, freeze; if the creature approaches, run.

But then I realized that, though my own behavioral algorithms are much more complicated than that, there could well be a being so intelligent that, to it, I looked as simple-minded as a lizard looks to me.

The more I thought about it, the more the lizard I seem to have in common. We were both thrown into a world we didn't choose, under the guidance of behavioral algorithms we didn't choose, and we were trying to make the best of the situation. I felt a kind of kinship with a lizard that I never felt with a lizard. 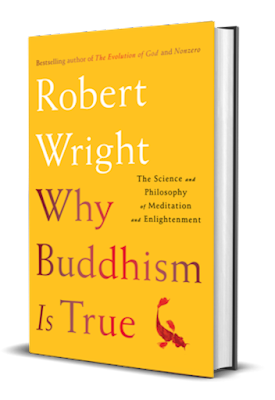