I say all this as someone who was part of the military-industrial complex.

The United States has a military budget more than twice that of China and Russia put together. Keep that in mind when people say we must spend even more.

For example, I don’t think the United States should be in the business of defending Europe from a Russian attack. We should be as helpful as possible about this. But the European Union has drastically more money and manpower than the Russian Federation, and we should be working with them to ensure that French, German, Spanish, Italian, and British soldiers are positioned to do a forward defense of Poland and the Baltic states while encouraging Sweden and Finland to join NATO.

I've also noted the absurdity of spending more and more on fancy "dogfighting" fighters, as cheap missiles can shoot them down. The same applies to aircraft carriers:

The F-35 project is a legendary disaster, but in some ways, the Ford-class aircraft carriers are an even clearer example. They cost $13 billion a pop over and above massive R&D costs that can’t be spread out with international sales because nobody wants a gigantic $13 billion aircraft carrier. And they aren’t just expensive; it seems like in the event of a war with China, they wouldn’t actually be used because China’s short-range missiles are too good (this is called A2/AD for “anti-access area-denial” in military jargon). For a really strong version of this case, you can read former John McCain staffer Christian Brose’s book “The Kill Chain” in which he argues that almost all the big American military platforms are nearly useless.

Here's a view of the F-35 you don't normally get, by Anne's pal Ned Harris: 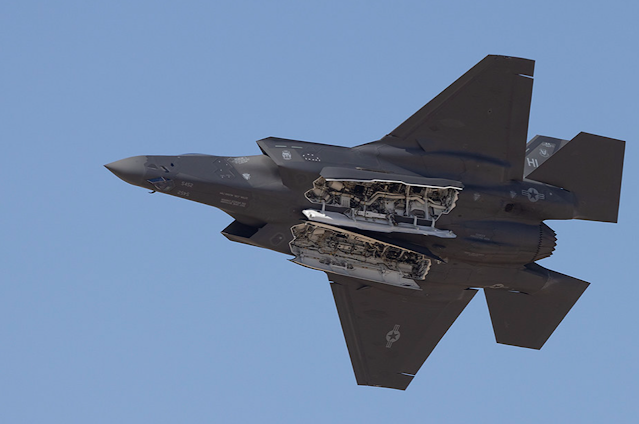