The sentence I hear most from well-meaning, conservative friends since President Trump’s election is this: “We suffered 8 years under Barack Obama.”

General Motors and Chrysler were on the brink of bankruptcy, with Ford not far behind, and their failure, along with their supply chains, would have meant the loss of millions of jobs. Obama pushed through a controversial, $8o billion bailout to save the car industry. The U.S. car industry survived, started making money again, and the entire $80 billion was paid back, with interest.

While we remain vulnerable to lone-wolf attacks, no foreign terrorist organization has successfully executed a mass attack here since 9/11.

He drew down the number of troops from 180,000 in Iraq and Afghanistan to just 15,000, and increased funding for the Department of Veterans Affairs.

He launched a program called Opening Doors which, since 2010, has led to a 47 percent decline in the number of homeless veterans.

He set a record 73 straight months of private-sector job growth.

Due to Obama’s regulatory policies, greenhouse gas emissions decreased by 12%, production of renewable energy more than doubled, and our dependence on foreign oil was cut in half.

He signed The Lilly Ledbetter Act, making it easier for women to sue employers for unequal pay.

His Omnibus Public Lands Management Act designated more than 2 million acres as wilderness, creating thousands of miles of trails and protecting over 1,000 miles of rivers.

For all the inadequacies of the Affordable Care Act, we seem to have forgotten that, before the ACA, you could be denied coverage for a pre-existing condition and kids could not stay on their parents’ policies up to age 26.

Obama approved a $14.5 billion system to rebuild the levees in New Orleans.

All this, even as our own Mitch McConnell famously asserted that his singular mission would be to block anything President Obama tried to do.

While Obama failed on his campaign pledge to close the prison at Guantanamo Bay, that prison’s population decreased from 242 to around 50.

Most years, Obama threw a 4th of July party for military families. He held babies, played games with children, served barbecue, and led the singing of “Happy Birthday” to his daughter Malia, who was born on July 4.

Welfare spending is down: for every 100 poor families, just 24 receive cash assistance, compared with 64 in 1996.

Obama comforted families and communities following more than a dozen mass shootings. After Sandy Hook, he said, “The majority of those who died today were children, beautiful little kids between the ages of 5 and 10 years old.”

Yet, he never took away anyone’s guns.

He sang Amazing Grace, spontaneously, at the altar.

He was the first president since Eisenhower to serve two terms without personal or political scandal.

He was awarded the Nobel Peace Prize.

President Obama was not perfect, as no man and no president is, and you can certainly disagree with his political ideologies. But to say we suffered? If that’s the argument, if this is how we suffered for 8 years under Barack Obama, I have one wish: may we be so fortunate as to suffer 8 more.

Carter might have added that Obama and his team prevented Ebola from becoming a deadly global plague; deployed CDC teams in 49 countries to prevent the spread of future pandemics (sadly pulled back in 2018); and left his successor a detailed manual for dealing with a pandemic if one ever should reach our shores (sadly ignored).

Oh!  And she might have mentioned the glorious sea change that moves millions of LGBTQ+ Americans, their families, and friends nearly to tears.  (It ain’t that way in Chechnya.)

But even without those two additions, Carter’s essay reminds us what Obama/Biden and their team of competent, dedicated public servants did . . .

. . . and gives me hope for what Biden/Harris and their team may do. 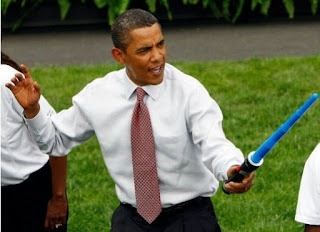 It is truly a well-researched content and excellent wording. I got so engaged in this material that I couldn’t wait to read. I am impressed with your work and skill. Thanks. personal injury center Scottsdale az