From Beornn McCarthy regarding extinction

Beornn McCarthy, the head of Open for Animals, posted this on Facebook (prompted by this BBC report) and gave me permission to reproduce it below. 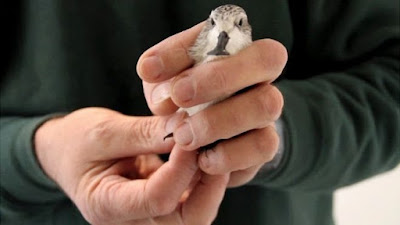 It is extremely sad that a million species are at risk of extinction due to a mix of human and natural causes. The guilt weighs heavy.

How should we prioritise?

Scientists and ecologists tend to claim that preserving species isn't an emotional issue, and that we have to simply maximise what we can do with the funding available. So instead of spending billions more on elephant conservation, consider more for the less charasmatic Olm Salamandear and similar creatures.

Rationally this is true: a Bayesian law of decision is that we should always seek to maximise our expected value in uncertain conditions. But what if, rationally, the funding shouldn't even go to preserving species alone, and rather should go to improving the lives of the most individuals?

Here is the rub: should we prioritise (a) real, suffering individuals or (b) species-concepts-cathedrals that might please certain spectators (i.e. us humans)?

It took me a long time to realise that (a) was the thing to prioritise.

I once managed to convince myself, as many people seem to, that there is some natural order or balance of nature, and that removing just one species (b) would do more than displease me, but disrupt all nature for all wildlife forever (a). Ecologists now tell us that things don't work like that: single species rarely fill single niches and adaptation and even speciation occur in a constantly disruptive nature. So if we understand the science, we are back to mainly worrying about abstract concepts or cathedrals.

It is not as though we should spend nothing on conservation: systemic changes to land management, industry and diet would likely have the greater effect. But let's see what the current money buys us.

In just seven years between 2001 and 2008 governments, private sectors and civil society invested approximately US$21.5bn into global conservation efforts. There may have been a few 'success' stories claimed, but biodiversity declined and continues to decline.

For $100 the best animal charities can, according to animal charity evaluators, spare around 28 animals a year. Spending the same amount of money as we do on conservation, that spares zero animals and might even make the lives of some individuals worse, we could potentially spare an astonishing amount of farm animals.

In 7 years, we may be able to persuade enough people to give up 215 million years worth of animal eating, and spare 6bn farm animals, and likely many more with a focus on chicken, egg and fish consumption.

While this is an estimate with significant uncertainty, we need to ask ourselves: are the lives of 6bn animals really worth less than 7 years of spending on things that please us that we mostly can't?

So shouldn't we reassess our desire to spend our attention and money on a futile idea of preserving species?