For the average human being, 2019 was the best year ever

And yes, this only applies to human beings. Full story here; excerpts:

Perhaps the greatest calamity for anyone is to lose a child. That used to be common: Historically, almost half of all humans died in childhood. As recently as 1950, 27 percent of all children still died by age 15. Now that figure has dropped to about 4 percent....

“We are some of the first people in history who have found ways to make progress against these problems,” says Roser, the economist. “We have changed the world. How awesome is it to be alive at a time like this?” 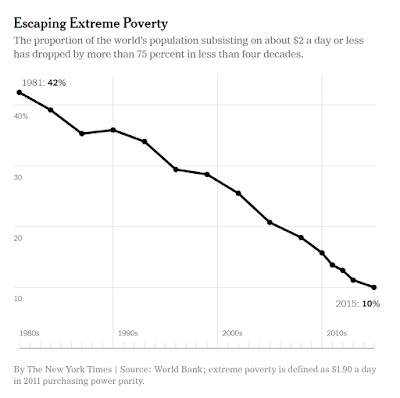