Guest Post: How about a Hero with Real Perspective?

Say there’s a hero. The villain offers the hero a choice between saving a loved one - parent, child, sibling, partner, it doesn’t really matter - and saving a building filled with hundreds of people. If they leave their loved one, they can save the building filled with people easily, with very little risk. However, they choose to try and save both, putting everyone in the building at great risk. Hundreds nearly die, but thanks to the magic of storytelling, everyone is saved.

Say there’s another hero. There is a tear in the fabric of spacetime that will destroy a starship filled with hundreds of people. The hero can seal off the tear and prevent the spaceship from being destroyed, but one of their loved ones is on the other side of the tear, and will surely be killed if they seal the tear. Rather than waiting until the last second and increasing the risk of destruction of the spaceship, they seal the tear as soon as possible, saving everyone on board the ship - and somehow through the magic of storytelling (for fairness of comparison) their loved one makes it out okay as well.

So why does popular media act as though your opinion - that perspective, those people - doesn’t exist? 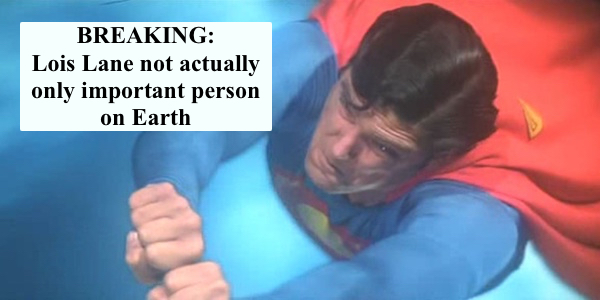 Popular media tends to operate under the assumption that being pragmatic, utilitarian, and logical - being the sort of person who could sacrifice a loved one to save a ship - makes characters inherently bad and unlikable, and that pragmatic utilitarians should always be people who either live wracked with horrible guilt or who are already heartless bastards - or some unholy combination of both. They’re villains, antiheroes, antagonistic superiors, or at best a counterpoint from a teammate, to be proven wrong by the main hero.

And they are consistently proven wrong, either by the magic of storytelling proving their risk projections incorrect, incomplete information that means their plan would never have worked, other flaws or values - arrogance, an obsession with eye-for-an-eye punishment, what have you - that interfere with their judgement. Or they’re a villain that claims to be interested in the greater good, but really only cares about the greatest good for people who look and act like them, and fuck everyone else. And despite the fact that none of these things have anything to do with being a pragmatic utilitarian, they’re always used as cause to frame the utilitarian character as unfailingly Wrong, to create a moral of ‘and this is why thinking in terms of the good of the many over the good of the few is Bad and this way of thinking and no other reason makes you a Bad Person who will do Bad Things, and you should only ever do things that make you feel warm and fuzzy and righteous because those are Good things.’

Why do we care about this comic book logic? Because people learn from it. Everyday we see people act based on what makes them feel warm and fuzzy and righteous, on what benefits those closest to them and not the hundreds or thousands or millions of others around them. And this warm and fuzzy morality is really fucking harmful.

People your hero will never meet matter. Hundreds of people in a building or ship or plane or thousands of people in a city or billions across the world love and are loved and matter as much as a hero and their loved ones. And pretending otherwise just lets us become more callous to those outside our scope of interaction, whose stories don’t get told.

Your hero shouldn’t risk the extinction-level event to save a person they love. They should kill the supervillain who won’t stop killing when there’s no other feasible way to contain them. They should do what they have to do to stop the horde intent on wiping out all life. And, for fuck’s sake, they should support the leader that doesn’t necessarily make them feel warm and fuzzy inside, because the feasible alternative is horrific and terrifying. (Not, you know, to draw any obvious real world parallels here.)

Your hero, faced with the choice between a loved one and their city, can choose to sacrifice their loved one out of the knowledge that everyone in the city is someone else’s loved one, and that those feelings are not more or less important than her own. Your hero can move past their grief not through isolation and angst, but by connecting with the stories and relationships of those she saved.

Your hero can be willing to make sacrifices (of themselves, of principles, of others) to save all of humanity - because of an unshakable belief that humanity has limitless potential to become better, to create a better world. Tell stories where such sacrifice is an expression of hope.

Because we should be showing people that heroes have the capacity to imagine and give a damn about the basic humanity and happiness of those beyond their immediate circle. And that’s the most hopeful thing I can imagine.