Antibiotic resistance will hit a terrible tipping point in 2017 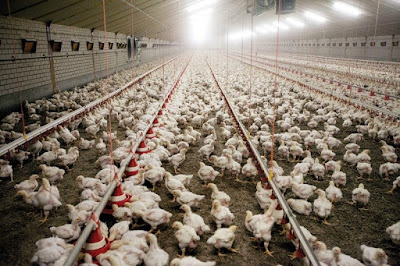 A major menace looms over us. In 2017, many more people could begin dying from common bacterial infections. As resistance to antibiotics booms, diseases from gonorrhoea to urinary tract infections are becoming untreatable – a situation that looks set to get worse as the world reaches a new tipping point next year.

“We are about to reach the point where more antibiotics will be consumed by farm animals worldwide than by humans,” says Mark Woolhouse, at the University of Edinburgh, UK.

This will mean more resistant bacteria, which could be a big threat. The livestock industry has long played down any risk to human health caused by using antibiotics in farming, but the danger is now accepted, according to the UN Food and Agriculture Organization (FAO).

Colistin, a drug that is used more often in animals than people, is one example. It is now the only antibiotic left that works against some human infections, yet colistin resistance has developed, and spread worldwide in 2015. The European Medicines Agency says bacteria resistant to colistin probably arose in livestock, and that some EU countries could easily cut their use of this antibiotic 25-fold.

The UN General Assembly has called for countries to encourage the best use of antibiotics. But it hasn’t yet called for specific measures, such as banning their use to assist livestock growth – rather than fight infections – which can promote resistance.
At least agencies like the FAO are calling for change, says Woolhouse, as is China, where growing demand for meat has lead to soaring livestock production and resistance. But progress will require finding other ways to keep animals healthy, especially in poor countries where production is growing fastest and there are few alternatives.
“Soon more antibiotics will be consumed by animals than by people”