A Rambling Rant to Ezra Klein re: Global Warming

One of my favorite interviewers, Ezra Klein, co-founder of Vox Media, recently interviewed Elizabeth Kolbert about global warming (1/10/17). As you can see below, it pushed me over the edge. Since this is my personal blog, I can share this rant with you. You won't tell anyone, right?

I just finished your latest podcast. I thought it might be useful to preface this short rant with a little background.

From 1991 to 1996 I was one of a few dozen Department of Energy Global Change Fellows in the country. I got an MS in Forest Ecology (working on carbon sequestration) at UIUC, and an MS in Engineering and Public Policy at Carnegie Mellon. I left the PhD program in Environmental Engineering at CMU (with my dissertation about 20% done) to run a nonprofit focused on exposing and ending factory farms.

I say this just to establish that I have science and policy background in global warming, and have a dedication to making the world a better place. Fundamentally, I am driven to reduce the amount of suffering in the world.

I know I’ve written to you before to point out that so many people dismiss or just don’t even know how much horror and crushing and unimaginable suffering there is in the world right now. But, in general, things are getting better (first link below, Pinker’s book), at least for humans.

My main question: What exactly did Ms. Kolbert say that is actually so terrible? Some people use boats instead of dogs. Elephants and giraffes aren’t reproducing as fast as they are dying. And then the claim that people could potentially face starvation as optimal growing areas shift north. (Although she said people would have to move, this is obviously not true – farming and a handful of farmers move, but the majority of people don’t. People can live in the desert (it gets to 115 here in Tucson) or Los Angeles. Food gets shipped in from around the world, water gets desalinated, life goes on.)

Consider the past. Stalin’s purges, the Great Leap Forward / Cultural Revolution, and even the partitioning of India caused human suffering on a scale beyond anything we can imagine today. Yet most people don’t even know they happened. The Spanish Flu … well, that goes without saying. If that happened today, it would be treated like the end of the world. It could easily lead to a nuclear exchange between India and Pakistan. Heck, with “Mr. Build the Wall” / “China is out to get us” with the nuclear codes, it could be even worse.

Less speculative: you, Annie, your kids, and your grandkids are way, way more likely to die from an antibiotic resistant infection than global warming.

Haven’t there always been environmentalists yelling “the sky is falling”? Haven’t every single one of their doomsday predictions been proven wrong (see first link below)? Shouldn't this give us pause when evaluating new claims?

And not to be cynical, but if global warming truly is The Worst Thing Ever, why is geoengineering a topic we can’t even discuss? Ocean seeding and enhanced weathering – these aren’t even part of the discussion. Increasing albedo is dismissed because the sky would look different?

Why are so many liberals so overwhelmingly concerned about global warming – something potentially bad in the future – while they are not only unwilling to address but are actively taking part in what you recognize as the obvious horror of today: factory farming? I understand that depriving India and Africa the fossil fuel resources to develop out of crushing poverty (second link below) is somewhat abstract. But eating factory farmed animals is not an abstraction. It is directly (and knowingly) contributing to absolute horrific and undeniable brutality.

But it is much easier to talk about (potential) Big Bad Things in the future, and blame others, than actually care about suffering we’re directly connected to, and could help end, right now. 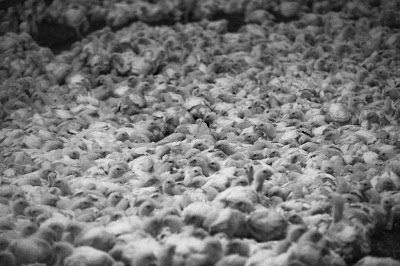 And, of course, factory farming contributes significantly to global warming (it is telling that Ms. Kolbert didn’t even know that meat production really is on the same order of magnitude as transportation: “I don’t think it does rise to that level ... people have to eat”). By being inefficient in resource use, eating animals plays a role in global hunger and starvation. It will almost certainly be the source of our next pandemic, and it is driving the antibiotic resistance that really does threaten you and your future descendants. But almost no one talks about it, because it implicates them personally. Better to worry about the future and blame faceless governments.

But enough ranting from me (and if you’ve perused 1S4A.org, you know this isn’t how I advocate in public). Some important bits that I think you would want to consider: 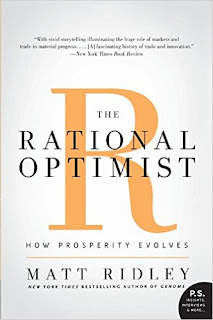 Again – I’m no right-winger head-in-the-sander. Or a techno-utopian (although everyone who talks about what the climate will be in 100 years is hugely underestimating how much humanity / society will have changed by then). I’m a painist utilitarian who actually recognizes how much suffering there has been and currently is.

Thanks again for all your amazing work, especially your insistence on always bringing up chickens!