Not surprisingly, there have been some ... negative ... reactions to my recent post.

As usual, there is the claim that True Vegan campaigning just hasn't been really tried yet, and it is all the nasty evil welfarists who have prevented True Veganism from growing rapidly.

It is exactly like the true believers of communism – no matter the string of failures, they insist it is only because True Communism hasn't really been implemented yet.

Of course, communism has been tried as well as it possibly can be, in the real world with real people. And ever since I stopped eating animals 30 years ago, there have always been individuals insisting that they have the breakthrough that will finally implement True Vegan campaigning!

One comment said all successful social movements had their radical elements, and thus the radicals are necessary. Joe replied:

All past social change movements also went on when bread existed. Therefore bread was an essential component.

OK, I am being funny. The point I am trying to highlight is that the presence of something does not mean it was useful to the progress being sought. It could have positive effects, no effect, or negative effects. It could well be that nearly all past animal protection efforts (which typically try to get people to empathize with our fellow mammals) have actually increased animal suffering and death as people decrease consumption of cows and pigs and increase consumption of birds. 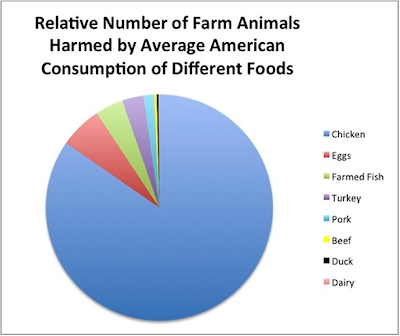 2) Invite people to learn more about your club in a friendly way. When they show interest, even if though they currently own a different brand of motorcycle, you let them know they're welcome come check out a meeting.

You also let them know they are also welcome to ride with the club on one of its weekly drives to see what your club and your brand are all about.

You give them a flyer about your club and directions how to get there (the next club meeting is on "Monday"...how about that?).

Maybe they don't join your club right away, but at least they're interested...and at the very least, you haven't scared them away because they think you're part of some crazy biker gang.

You left them with a good impression, so they do decide to join your club on one of it's weekly rides.

Maybe this leads them to realizing that your club's brand of motorcycle is actually better than the one their family has owned for years.

And maybe a couple weeks later they trade in their old motorcycle for the same brand as yours.


Christine goes on to make the most poignant and insightful point:

I can't but wonder if vegans and activists have considered the possibility that the 0.47% isn't “the meager outcome that 3 decades of welfaristic campaigns,” but rather a result of negative and condescending behavior by vegans turning people off from veganism.

What about this possibility? What if “3 decades of welfaristic campaigns” at one point actually helped increase the number of vegans to 10%, but 9.53% left because of the the negativity encountered once in the vegan community?

As Matt wrote, “we know that the vast majority of people who go vegan quit and go back to eating animals.” I can only speak for myself, but I've become almost embarrassed to say I'm vegan...not because of what it stands for, but because of the negative impression people have been left with due to other vegans and their negative behavior and words.

This article is a perfect example of what I see that turns people off and away from vegans and our message.

I can't help but wonder if the author was truly interested in persuading others to make the switch to veganism, rather than criticize people for what she sees that she doesn't like. Maybe if she'd instead offer support & encouragement for what “plant based eaters” are doing that she does like, she'd most likely have much better results.

And actually help decrease the number of animals suffering. 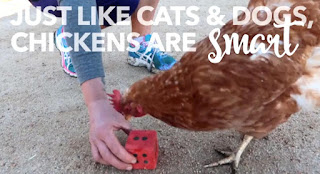 Ok, but communism really would work if allowed in it's truest...

I love Joe's observation about the bread! :)

Speaking of bread...I wonder how many diners actually eat bread when it's served nicely along with a warm welcome vs. the bread being rudely placed onto their table and the waiter telling them they can take it or leave it.

My teenage vegan was saying just yesterday how she "hates vegans." I'm like, "um, we are vegan, you know." She clarified she really didn't mean than and proceeded to vent about a "really obnoxious" one who was arguing with people in a really nasty, condescending way on some social media. She agreed with my suggestion to identify as vegan and let people know we're not all like that. My points are (a) some vegans are making kids who've been vegan for 4-5 years say "I hate vegans," and (b) embarrassing as it is to share the same label, we need to continue using it in order to hopefully "rebrand" it as something less caustic and more inviting.

Just over this past winter break, our lifelong vegan daughter had another bad encounter, and got in the car saying, "I hate vegans."

Wow, those are really stunning images to visualize... when kids that young are being affected. I guess it's true that no truer word was spoken than that out of the mouths of babes.

I had never thought of your point B in that perspective before, vegan. Being able to "rebrand" the word and improve its image opens a whole new way to think about the drama over the perceived vs. actual meaning of "vegan".

The only thing that continues to bother me is that one caustic vegan makes as much noise as ten polite ones. And in today's world, noise = attention
(and it doesn't have be sustantive noise, just any noise)

I've been identifying as veganish for years due to my dissatisfaction with "angry veganism" but I've started using the term "strict reducetarian". I've also found that the term "reducetarian" evokes a positive response even among the people who "hate vegans".