A Roadmap to Animal Liberation
Originally published in 2006

With cruelty rampant on factory farms, and vegetarians currently a small minority, it is easy to dismiss the hope for a vegetarian world as naïve. “My Uncle Dick hunts, and my cousin Jeb is always mocking me for being vegan. You’re crazy if you think they will ever change!”

These are legitimate concerns. However, it is nevertheless possible to achieve our goals – and much more quickly than we imagine.

Taking a longer perspective can help guide our advocacy. Society has advanced an incredible amount in just the last few centuries. Even though democracy was first proposed in ancient Greece, only during the eighteenth century did humanity see the hints of a democratic system. Only recently was slavery abolished in the industrialized world. Not until the last hundred years was child labor ended in Europe and North America, child abuse criminalized, women allowed to vote. Some minorities have attained more equal rights only in the last few decades.

It is hard to comprehend just how much society has changed in recent history. Prejudices we can hardly fathom today were completely accepted just decades ago. For example, if we read what was written and said about slavery – fewer than 150 years ago – the defenders were not just ignorant racists, but admired politicians, civic and religious leaders, and learned intellectuals. What is horrifying to us now was once not only accepted, but respected.

However slow our progress may feel, we are advancing at lightning speed compared to past social justice movements. A century ago, almost no animals received any protection whatsoever from abuse. Now, according to a 2003 Gallup poll, ninety-six percent of Americans want to see animals protected from abuse, sixty-two percent want strict laws regulating the treatment of farmed animals, and fully one-fourth believe that animals deserve “the exact same rights as people to be free from harm and exploitation.” Until 1990, there was one ballot initiative to protect animals that had passed at a state level – just one! Since 1990, animal advocates have passed more than twenty, including several directly abolishing some of the worst abuses on factory farms.

Today the vast majority of people oppose cruelty to animals, and many question eating animals, at least on some level. [2011 update: Grist’s Tom Laskawy reviewed a survey from agribusiness front group Center for Food Integrity: “The study’s analysis notes that 51 percent strongly agree that they have ‘no problem’ eating meat and dairy. It’s still a majority, but the number is down a full 12 percent since 2007. The trend suggests that by 2012, less than a majority of consumers will strongly agree that eating animals or animal products is okay. Are Americans getting ready to let their vegan flag fly?” “Consumers losing faith in Big Food,” Nov. 4, 2011.]

Thus, the discussion now must focus on helping people see that eating meat violates their own principles. This effort is only just beginning. Twenty years ago, most animal advocacy in the U.S. was focused on fur and vivisection, nearly ignoring the roughly ninety-nine percent of animals butchered for food. Only recently have more groups and individuals focused on this ninety-nine percent by exposing the cruelty of factory farms and promoting vegetarianism.

In large part because of this shift in advocacy, factory farms – which most people knew nothing about ten or twenty years ago – are now considered ethical abominations to many. As Bruce Friedrich and I acknowledge in The Animal Activist’s Handbook:

Twenty years ago, few people had heard the word “vegan.” Finding mock meats and soymilk was nearly impossible. According to market research by Mintel, “Until the mid-1990s, change was slow in coming to the world of vegetarian foods, and many average consumers relegated ‘vegetarian products’ to a counter-cultural movement, not a mainstream trend.”


Today, even cousin Jeb doesn’t need “vegan” explained to him. You can find veggie burgers, soymilk, and various other vegetarian convenience foods in most grocery stores. As Bruce and I add: “According to Mintel, ‘In 2003, the vegetarian foods market in the US topped $1.6 billion in sales. This represents a constant-price growth rate of 111.3% since 1998.’ Mintel estimates that the market was up to $2.8 billion in 2006.”

Forbes reports: “[M]arket research shows that the number of consumers who lean toward some sort of vegetarianism is increasing across all age groups. The Vegetarian Resource Group estimates that 2.8% of adult Americans consider themselves vegetarian, up from 2.3% in a 2000 survey. Another 6% to 10% of the population said it was ‘almost vegetarian’ and another 20% to 25% are ‘vegetarian inclined,’ or intentionally reducing meat in their diet, according to VRG.” According to Food Systems Insider: “Ten percent of 25- to 34-year-olds say they never eat meat.”

[2014 update: “"Indeed, the meat-free market is growing, with about 7% of population now calling themselves vegetarian or vegan, according to a recent Gallup poll. And yet, 43% of the population eats vegetarian meals at least once a week.” “Honey, let’s have vegan tonight.”]

If we continue to expand our advocacy, the growth of vegetarianism will accelerate to a tipping point, where opposition to factory farms and the adoption of vegetarianism become the “norms” among influential groups. Legislation, as it usually does, will continue to follow these evolving norms, and we’ll see more of animal agriculture’s worst practices outlawed and abolished – something that has already begun. Corporate practices will also continue to adjust to the demands of an increasingly aware market.

At the same time, powerful economic forces will kick in because meat is ultimately inefficient. It is more efficient to eat plant foods directly, rather than feeding plant foods to animals and then eating some of the animals’ flesh. Of course, people aren’t going to substitute tofu for meat, but that is not the choice they’ll be making. Food science has advanced such that the best vegetarian meats are able to satisfy even hardcore carnivores. Deli slices from Tofurky, burgers from Boca, Gimme Lean sausage and ground beef, Morningstar MealStarters, Gardenburger’s Riblets and Chik’n – all of these dismiss the notion that giving up meat is necessarily a deprivation. 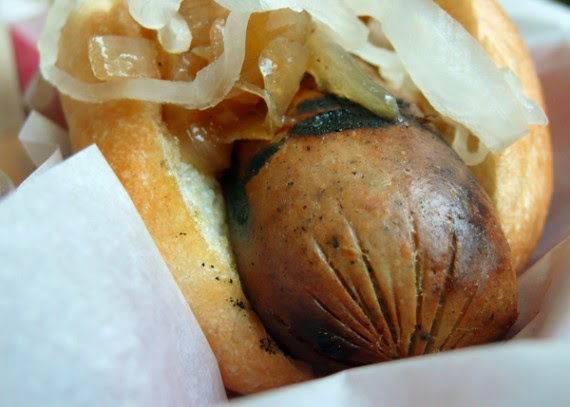 The faster the growth in the number of people eating vegetarian, the faster vegetarian meats will improve in taste, become cheaper, and be found in far more places. (Compare a 2006 Boca Burger to a 1986 Nature Burger, and imagine how good a 2026 veggie burger will be!) In addition, in vitro meats become more viable each year. In meatro can also be more efficient than actual animal corpses, and can be engineered to have the same benefits as vegetarian meats: no cholesterol, good fats (omega-3s), no factory farms, no slaughterhouses, no manure ponds, no greenhouse-gas emissions, no food poisoning, no mad cow, no avian flu. These technologies will also be accelerated by the growth of vegetarianism. 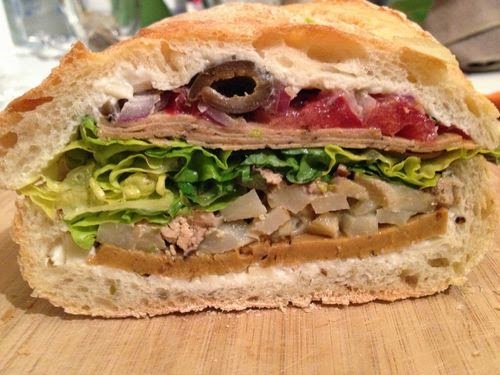 Our challenge now is to expand the vegetarian market by explaining to more meat eaters the reasons for choosing vegetarian meals, while exposing them to new – though similar – products. The more rapidly we do this, the sooner cruelty-free eating will be widespread.
After his first heart attack, Uncle Dick will shift over to vegetarian meats that have no cholesterol or saturated or trans fats and are high in omega-3s. Cousin Jeb’s second wife – a vegetarian since being handed an Even If You Like Meat booklet at college in 2003 – will use that as an excuse to only cook vegetarian meals, and Jeb will hardly notice the difference! Their daughter Barbara will grow up a vegan activist and will oversee McDonald’s shift to non-animal chicken in their sandwiches.

Despite the current horror and continued suffering, if we take the long view and are willing to commit to the work that needs to be done, we should be deeply optimistic. Animal liberation can be the future. With our efforts, it could be achieved with a whimper, not a bang. Change comes not by revolution, but through person-by-person outreach progressing hand in hand with advances in technology, leading slowly but inexorably to a new norm that, to most people, hardly seems different. But an unfathomable amount of suffering will be prevented.

It is up to us to make this happen.