"Immigrants - we get the job done."

Song, of course, Hamilton's "Yorktown (The World Turned Upside Down)" (Mixtape version from that line)

From this excellent Planet Money newsletter:

Sergey Brin, co-founder Google; Satya Nadella, head of Microsoft; Hedy Lamarr, a Hollywood actress who, quite incredibly, was also a pioneering inventor behind Wi-Fi and bluetooth; Elon Musk; Chien-Shiung Wu, who helped America build the first atom bomb; Alexander Graham Bell, the inventor of the telephone; James Naismith, the inventor of basketball; Nikola Tesla, one of the most important minds behind the creation of electricity and radio.

What do all these innovators have in common? They were all immigrants to the United States.

...All in all, the economists estimate that immigrants are responsible for roughly 36% of innovation in America. 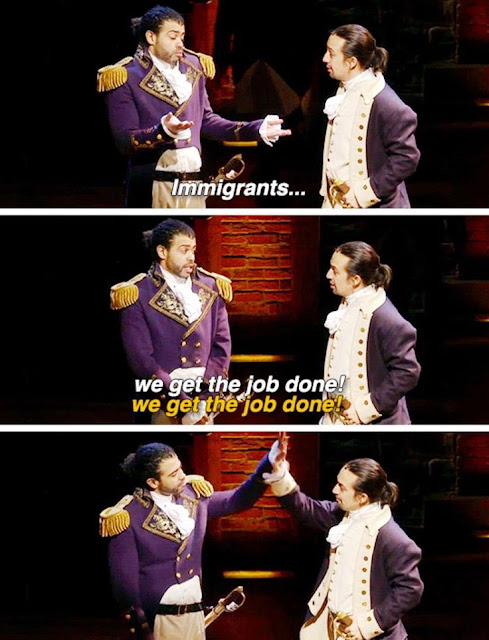