Song: Barber's "Adagio for Stings" by Kronos Quartet. (What a strange image on that page.) Putting this first because it fits the mood of the post.

It can seem like only people on the Right are intolerant and close-minded. But sometimes, I come across ... something that makes me sad rather than angry.

On Thanksgiving, I came across a tweet regarding an article about the Voluntary Human Extinction movement. Now don't take my word for what the article says, go read it yourself. It isn't long.

This article features Les, a guy who seems to have absolutely no ill will for anyone alive today. Les is cheerful and generous. He is kind and helpful. He hosts parties. Everything Les advocates is voluntary, impacting absolutely no one alive today. His idea follows directly from facts that anyone is free to discuss and debate.

The person who tweeted this -- a very intelligent and dedicated altruist -- said "Can't get over how pernicious this kind of misanthropic propaganda is."

Think about that for a second.

That obviously does not describe Les.

Stupidly (but, in my defense ... OK, it is Twitter, my bad) I tried to engage. (Yeah, I know. But these are supposed to be my people. I really admire the original tweeter.)

I noted that it is possible to both 1. like people and 2. think the world would, on the whole, be better off if no one were to have any more children. That is not the same as hating humanity.

One person replied that Les clearly hated people because future people "are humans too." I noted that future people are ideas, not humans. For example, every child I failed to sire was not a murder on my part. Every child Anne didn't bear was not because of misanthropy. It is not a tragedy that I don't have grandchildren.

Theoretical, non-existent people are just that -- non-existent. Les isn't saying that anyone should be tortured or exploited or killed. He's saying those who don't exist should simply remain non-existent, exactly like my and Anne's many other children are non-existent.

Another Twitter commenter accused Les (and me) of advocating "genocide."

Godwin's Law for the win.

Condoms and the Pill = Auschwitz and Buchenwald.

At no point did I say that Les was correct or that I believed it would be better if humans went extinct. I just noted that he was expressing an entirely reasonable thought. His opinion hurts no one and yet he is slandered as slinging pernicious misanthropic propaganda, hating humans, and being the next Hitler.

That just made me sad.

It truly makes me wonder where, if anywhere, there might be good-faith exchanges of ideas and open discussion of important topics.

I will note:
1. Unlike Les, misanthropes are not concerned with making the world a better place. Misanthropes are the ones plotting mass shootings and studying advanced viral engineering, not hosting nude croquet matches.

2. You can love humans and embrace and advance the view that every child deserves a minimum threshold of well-being. It is something I discuss in Losing My Religions and is promoted by The Fair Start Movement.
3. It seems utterly beyond debate that humans have made the world hell for hundreds of billions of non-human animals. That's not me passing judgment. As Nobel Laureate Isaac Bashevis Singer noted, “In relation to them, all people are Nazis; for the animals it is an eternal Treblinka.”

Maybe you disagree! Maybe you (like some EAs) believe non-human animals don't matter morally. Maybe you think humans do so much good elsewhere that it offsets the world's factory farms. You can make those arguments.

But consider the possibility that you simply want your views unchallenged and will shout down and vilify anyone who differs.

Regardless, stop with the name-calling and accusations of genocide. It isn't a winning or logical argument. To anyone who is not a True Believer, it just sounds desperate. And sad. It makes us all worse. And makes the world a worse place. 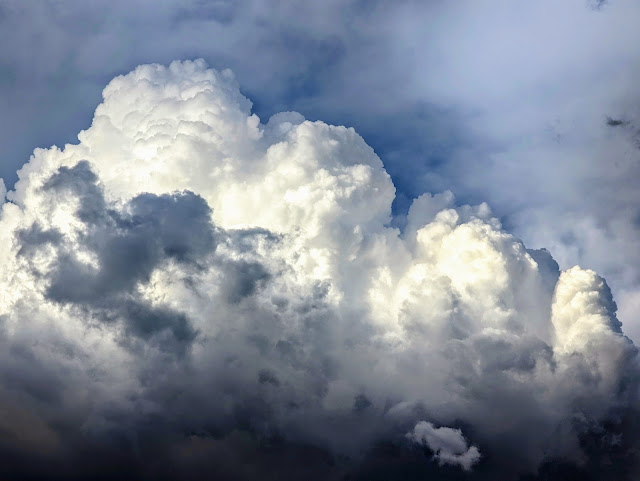