An even more personal ramble than normal; you should skip. I'm not joking.

I woke up around 2 am this morning from a dream where I was transported to the past. (In retrospect, it is odd this only happened now, since I've been living in the past since April when I started thinking about Losing My Religions.) In the dream, I had to do a photo assignment with my two old Nikons and three lenses. (In case you're wondering - an FG-20 and an FA, along with a Tamron 24 mm, Tamron 80-210 mm, and Nikkor 50 mm. See??? Already boring!!)  But the parade I was to shoot was moving so fast that I pulled my smartphone out of my pocket (I was 54-year-old Matt, not back to Young Matt). But then I realized there was no way to get the pictures off the phone -- there was no Wi-Fi, cellular network, USB-3 cables, etc.


After I woke up, I fell into a series of semi-lucid thoughts about what I would do if I actually was transported back in time. This involved three things:

No matter how I tried to get out of this groove, my mind just stayed there. Over and over and over.

Once I realized I was not able to fall back asleep, I looked at the clock. 3 am. DOH! So I took a Benedryl, got my phone and earbud, and did guided meditations. But my mind was in that in-between state where I was basically falling into dreams about how to get money in 1988, what to tell 1984 Young Matt, how to seduce Anne earlier than Fall 1992. (Quit undergrad and move to Urbana ... and do what for money? And say what to her? Can I bring a copy of Losing to prove I wasn't crazy? Wait, I'm not 54 years old, am I?)

At one point -- remember, I'm partially drugged and 3/4th asleep -- the thought occurred, "What if you screw it up with Anne?" and I felt overwhelming sadness. Almost started crying.

Later -- this went on and on -- the thought occurred, "You shouldn't have called Losing 'A half-failed life' when you hit the lottery in the other half."

Even later (sorry -- I told you to skip this post!) I was absolutely failing to figure out what to say to Anne if I had the chance to track her down earlier than the Fall of 1992. That, in turn, led to the thought, "What the hell happened that week in October '92???"

See, I loved writing that section of Losing, but I have never thought deeply about that time. It was just magic and I left it at that.

But seriously, think about it. (If you haven't read Losing then this won't really make sense. Sorry.) Previously, I had been romantically involved -- i.e., beyond just smooching -- with six women before I met Anne. Only once had I thought of marriage, after over a year with the person, and only because I figured that marriage has to suck a large (if not a majority) of the time.

And then, one week after our first date, Anne and I wed.

It was only over 30 years later, when I tried, half-asleep, to figure out how to reproduce what happened that I realized ...

WTF?
This insight made the recent review of Losing all the more perfect:

“it struck me mainly as a love letter to Anne despite the many tribulations you went through and describe.”

As it should be.

No big conclusion (seriously, why didn't you listen about skipping this??) just spinning out my brain through the blog. And using it as an excuse to re-use two pictures I'll stare at for hours on end. 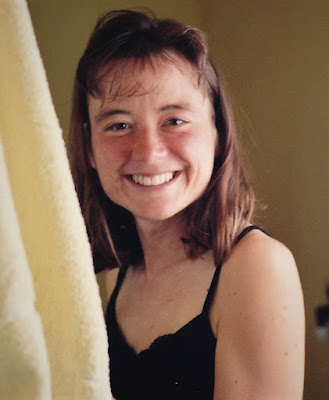 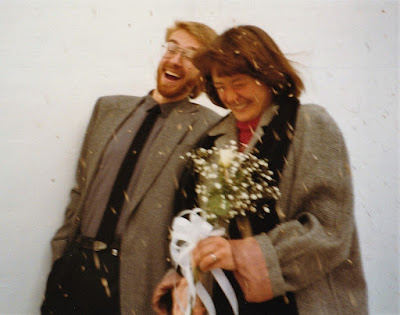