Thoughts on being as young as I'll ever be

I would like to start by saying I have at least some understanding of how privileged I am.
Writing and editing Losing My Religions has led to an awful lot of reflection. One thing it brought to mind is that I had some real shit jobs as a "kid," including picking tomatoes and manual labor in a hot, fume-filled, unventilated factory. Although those jobs left me with a very unhappy relationship with money (which would get worse once I became an activist; more on that in the book) I never relied on those jobs to survive.

Honestly, the easiest -- and in many ways, the most enjoyable -- jobs I ever had were as an engineer. And I did live off those earnings.

Once I started working in animal advocacy, I found the work challenging on levels I won't get into here. But for decades, until the time between the first firing and when we started One Step, I don't remember ever truly taking a day completely off. Even in the days of dial-up internet. (Except for the day I had surgery for my first lung collapse.) I felt I was letting "the animals" down by "slacking off." (Or taking a salary beyond what was needed for room and board.)

Since 2014, it seems that almost dying has become my hobby. After the catastrophes of 2021, I've started to rethink my priorities.

One of the many tips I give in Losing is to note that we are as young as we'll ever be. A consequence of that is realizing we will never be in a better situation to get fitter and stronger. This is not super-easy with degenerative osteoarthritis (and the lingering problems following my fractured neck) but I'll never be in a better place to get rough and tough. The harder I workout and the better my health and fitness, the more likely I am to keep the "almost" in "almost dying." 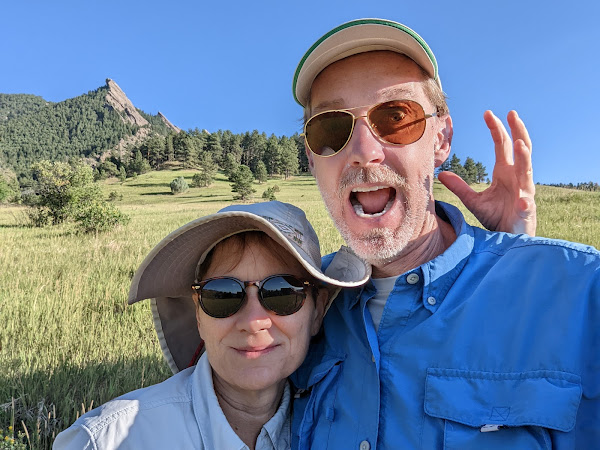 Also, I will never be better able to take full advantage of traveling with Anne (the frame for Losing). Just today, Anne was saying that the best shape she's been in was on
our last day in Germany, as we had spent most of the trip walking all day long (including in the Dallas airport during layovers). I honestly think this past May was the happiest time of my life since 2007.

I guess this is just a long-winded way of saying:
Your mileage may vary. 😀