Train to and first day in Prague

Prague was amazing. Just incredible. And there was a different tension, since neither of us speak or read Czech. Don't go on the weekend, though, as there are drunken hordes in the evening. 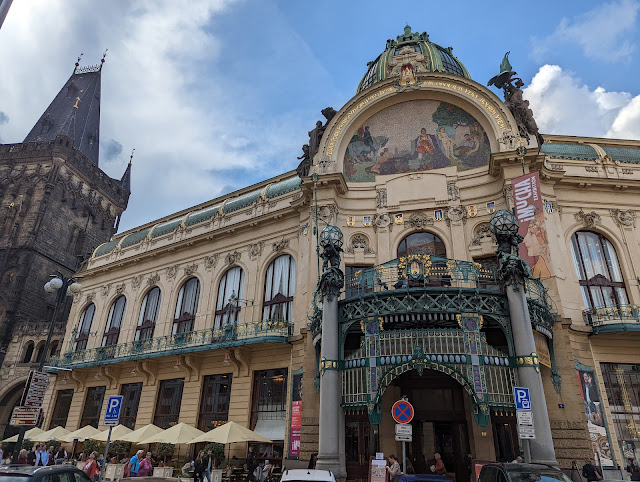 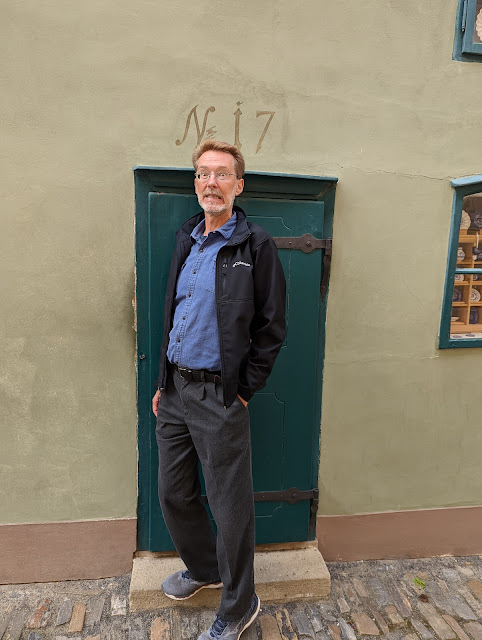 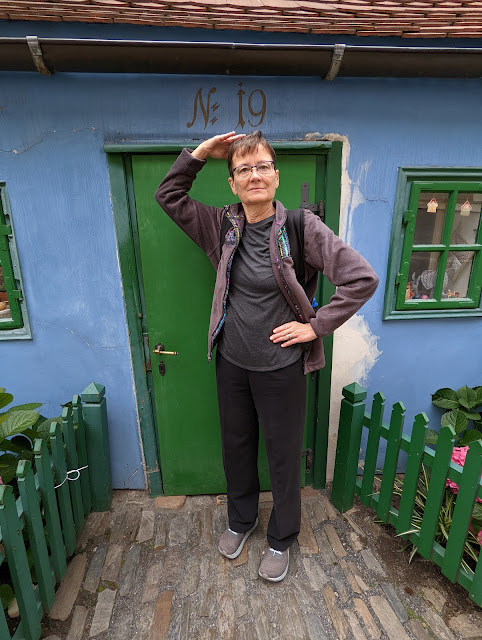 Since we originally planned to come to Prague, back in October 2019, I have been watching videos from the channel “Honest Guide.” Janek, on camera, and Honza, have over a hundred videos about Prague (and other places they visit, but mostly Prague). Anne would sometimes stop in my office while I was stretching or doing physical therapy, so she had watched a lot of Janek about Prague.
Once we got into Prague on Thursday, after the long train ride from Regensburg, we dropped off our stuff at the Airbnb and headed out. After a good meal at one of the many vegan places (we only scratched the surface during our four days), we went across the Charles Bridge and up to the castle, where we could get in free and wander the grounds with many fewer people than during the day.
Walking briskly (the only way Anne walks) on a sidestreet at twilight, I said suddenly, almost without cognition, “Are you the Honest Guide?” Janek was already past us, but he stopped and came back, submitting to a selfie.
It was pretty incredible. He had just been filming (he doesn’t live close to there), and just happened to be on that sidestreet. Pretty quickly, Anne processed how amazing this was – we know of only two people in Czechia, and we ran into one of them. While Anne was saying, “Oh my god! How cool was that? Why aren’t you more excited?” I was mostly just stunned. But I messaged him on Facebook and heard back, so I guess it really happened.