David Hilemon, the last service member from our country to die for democracy

Drafted for my book, in the very long "Unpopular Opinions" chapter:

I’m writing this on Memorial Day. In his last blogpost before the weekend, Financial Guru and friend of the pod Andrew Tobias concluded, “Have a great long weekend, remembering those who died for democracy.” This, I believe, is all because of HW’s public relations team in the lead-up to the first Iraq War. Before then, opposition to the military was a respectable (but losing) position. People could point out that the United States spends more on our war machine than the next fifteen countries combined, and argue for cutting military spending without it costing your career. You could also argue against in good faith against military actions, and even end them (like Reagan did, giving into terrorists and cutting and running from Lebanon). HW’s team changed all that.  During the run-up to the first Iraq war, HW’s team made everything a simple binary: Do you support the troops or not? 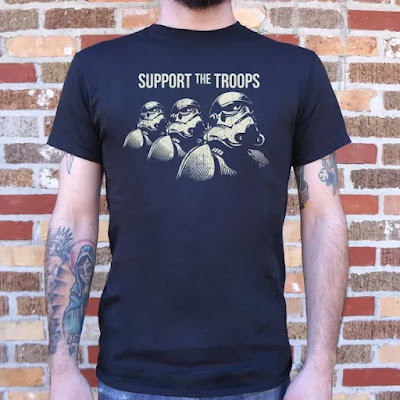 If you said anything negative about the war, or questioned even one penny of the military/industrial complex, you “hated the troops” (sorry, Ike). You hated your fellow Americans, who were far Braver than you, who were Defending Your Freedom.

This is, of course, bullshit. All we did was defend the ability of a few rich Kuwaiti’s to sit on gold toilets and continue to oppress their countrymen. But not surprisingly the media went all in on this, and questioning anything about our war machine became un-American.  Things became way worse after 9/11, when questioning anything about the administration became taboo. This very real fear led Hillary to vote to give W the authority to go to war (and basically do anything else). It was this single vote that gave Obama, just a state senator with nothing to lose in 2002, the wedge to pry Iowa from Clinton, and then go on to the nomination and presidency. All of this is obviously a bad thing, even Obama (if he had been Hillary’s VP, he would have gone on to two terms after that, and we wouldn’t have a medieval supreme court). But in a country that values strength above all else, it was a brilliant strategy. I thought of all this when I saw Andrew Tobias’ line about dying for democracy. When was the last time someone from the United States actually died for democracy? Not for our democracy (you might need to go back to the Civil War for that, since the United States’ democracy has never been threatened by anything external since the War of 1812), but for any democracy? Probably David Hilemon, the last service member from our country to die in the Korean War, which allowed South Korea to eventually be a thriving democratic country. I don’t mean to slag on Mr. Tobias, who has regularly run tidbits (including pro-chicken pleas) in his blog. He once invited me to DC for an event with Al Gore (sadly, I took too long to get back to him). After his line about “those who died for democracy,” Andrew went on:

Contrast that with those in Congress today who won’t risk their jobs for democracy, let alone their lives.

Hats off to Liz Cheney and the few others who will.