In my new book (which is up to nearly 16,000 words, and which had been called The End of Veganism, but now the title has changed as it has become more of a story of sex, drugs, and rock-and-roll), I'm going to have at least one chapter devoted to documenting how nature and "natural" are terrible. After our travels in May, I hope to make it a more regular feature of the blog. (Since many of you get this by email the next day, I'll post on Thursday.) Here is an excerpt from what I wrote (via voice recognition) this morning:

The most striking way of pointing out how terrible natural is when it comes to childbirth is to note that only about a hundred years ago, being pregnant was as bad as having breast cancer today. Not back in the stone age – in the early 1900s.

That is, you were as likely to die if you got pregnant just a hundred years ago than got breast cancer today. (In a developed country like the United States, as documented in Steven Pinker’s Enlightenment Now.) 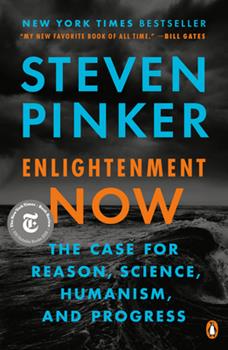 Let’s just stop to think about that for a minute.

And then let’s consider that the infant mortality rate in the United States is terrible. Of all the OECD countries, only Turkey and Mexico are worse. The rate here is more than three times that in Japan.

Maternal mortality is even worse – Turkey is way better than the U.S. According to Statistica, more than seventeen women die per hundred thousand live births here, also worse than Hungary, Chile, or Lithuania. The rate in Poland, a Catholic country (so they have messed-up views on sex), is only 1.1! Other countries have a rate of zero maternal deaths, including Ireland (again: Catholic, although abortion access is better there than here), Estonia, Slovenia, and the Slovak Republic.

So not only is “natural” terrible, the United States is far from “number one!” We are utterly shameful – we should literally be ashamed. In this regard, we really do need to make America great again – we should lead the world in these categories. Let’s be truly “pro-life” and keep actual people from dying unnecessarily. If we can have people rich enough to build themselves private penis rockets, we’re rich enough to protect women and babies at least as well as Iceland does.