"Bertrand Russell famously said, “It is undesirable to believe a proposition when there is no ground whatsoever for supposing it is true.” The key to understanding rampant irrationality is to recognize that Russell’s statement is not a truism but a revolutionary manifesto. For most of human history and prehistory, there were no grounds for supposing that propositions about remote worlds were true. But beliefs about them could be empowering or inspirational, and that made them desirable enough."

From Steven Pinker's Rationality, quoted in this LessWrong review. 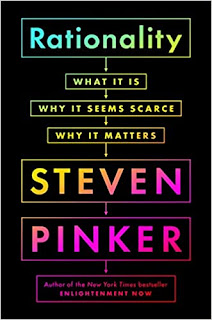