Why Honey Is Vegan; or Talking About Insects Is Immoral

I am continually trying to get people to get out of their dorm rooms and live in the real world. That is the only way to reduce real suffering. But I've still not said anything as good as Dr. Michael Greger in 2005:

Honey hurts more than just bees. It hurts egg-laying hens, crammed in battery cages so small they can’t spread their wings. It hurts mother pigs, languishing for months in steel crates so narrow they can’t turn around. And the billions of aquatic animals who, pulled from filthy aquaculture farms, suffocate to death. All because honey hurts our movement.

It’s happened to me over and over. Someone will ask me why I’m vegan—it could be a new friend, co-worker, distant family, or a complete stranger. I know I then have but a tiny window of opportunity to indelibly convey their first impression of veganism. I’m either going to open that window for that person, breezing in fresh ideas and sunlight, or slam it shut as the blinds fall. So I talk to them of mercy. Of the cats and dogs with whom they’ve shared their lives. Of birds with a half piece of paper’s worth of space in which to live and die. Of animals sometimes literally suffering to death. I used to eat meat too, I tell them. Lots of meat. And I never knew either.

Slowly but surely the horror dawns on them. You start to see them struggling internally. How can they pet their dog with one hand and stab a piece of pig with the other? They love animals, but they eat animals. Then, just when their conscience seems to be winning out, they learn that we don’t eat honey. And you can see the conflict drain away with an almost visible sigh. They finally think they understand what this whole “vegan” thing is all about. You’re not vegan because you’re trying to be kind or compassionate—you’re just crazy! They smile. They point. You almost had me going for a second, they chuckle. Whew, that was a close one. They almost had to seriously think about the issues. They may have just been considering boycotting eggs, arguably the most concentrated form of animal cruelty, and then the thought hits them that you’re standing up for insect rights. Maybe they imagine us putting out little thimble-sized bowls of food for the cockroaches every night.

I’m afraid that our public avoidance of honey is hurting us as a movement. A certain number of bees are undeniably killed by honey production, but far more insects are killed, for example, in sugar production. And if we really cared about bugs we would never again eat anything either at home or in a restaurant that wasn’t strictly organically grown—after all, killing bugs is what pesticides do best. And organic production uses pesticides too (albeit “natural”). Researchers measure up to approximately 10,000 bugs per square foot of soil—that’s over 400 million per acre, 250 trillion per square mile. Even “veganically” grown produce involves the deaths of countless bugs in lost habitat, tilling, harvesting and transportation. We probably kill more bugs driving to the grocery store to get some honey-sweetened product than are killed in the product’s production.

Our position on honey therefore just doesn’t make any sense, and I think the general population knows this on an intuitive level. Veganism for them, then, becomes more about some quasi-religious personal purity, rather than about stopping animal abuse. No wonder veganism can seem nonsensical to the average person. We have this kind of magical thinking; we feel good about ourselves as if we’re actually helping the animals obsessing about where some trace ingredient comes from, when in fact it may have the opposite effect. We may be hurting animals by making veganism seem more like petty dogmatic self-flagellation.

In my eyes, if we choose to avoid honey, fine. Let’s just not make a huge production of it and force everybody to do the same if they want to join the club. 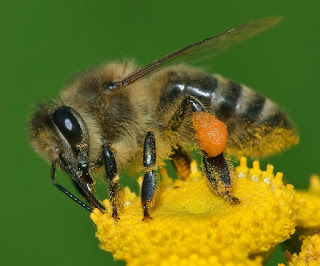