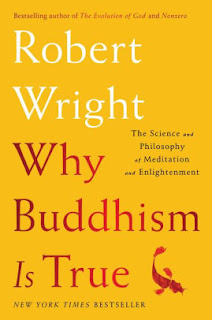 To me, enlightenment would entail fully internalizing that all there is is matter and energy. Just physics. I know this is true intellectually, but I don't live my life as such. My mind doesn't act with that fundamental understanding.

If I could fully, truly internalize that simple fact, the consequences would be enormous*. Really realizing, for example, that there is no free will - we are all just damaged biological robots - would be incredibly profound.


*This isn't to say I wouldn't still try to reduce suffering. Even though it is just the product of the interactions of matter and energy, Suffering Is Bad. I think it is possible (and desirable) to distance myself from, say, my chronic back pain (although it is hard to imagine being sanguine about a Crohn's attack). But that wouldn't change the fact that it is Good to reduce suffering.