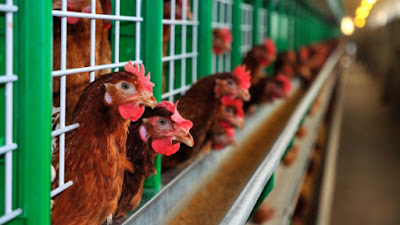 While it didn't cause as much vitriol and hatred as the Vox video, the interview I did with the Canadian Broadcast Company reached a lot of people! I especially love his last question.

Text of article, in case it disappears elsewhere:

When Matt Ball stopped eating meat in the 1980s, he became what he describes as an "angry vegan."

But years later the Tucson, Arizona activist, who had co-founded the group Vegan Outreach, realized that perhaps his message wasn't getting through.

He says it dawned on him that it had been over 40 years since the seminal book Animal Liberation came out in 1979, and since then decades of animal rights organizations urging people to stop eating meat, but the percentage of the U.S. population that are vegetarian has basically stayed the same, around two per cent.

"In 2017 the average person in the United States will eat more animals and cause more suffering than ever before in history … and that's with all our efforts. We have failed on the one metric that we should guide ourselves by, and that just shows us … that we really need to re-evaluate, we just really need to take a new approach."

So Ball co-founded the group One Step for Animals with a new, simple message: Stop eating chickens.

He says the eating habits of the average person in the United States account for about 25 factory-farmed animals — including 23 chickens, a fraction of a pig and a fraction of a cow.

So, even if people replaced chicken with other types of meat such as pork and beef, then they would only be responsible for "one or two animals every year," Ball says.

Ball, who is still vegan, isn't suggesting that people eat more pork and beef (The One Step for Animals website advertises plant-based meat alternatives, and not "beef burgers", Ball says).

If people really want to reduce animal suffering, cutting out chicken is the best step, he says, because they have been "genetically manipulated" to grow quickly and are in chronic pain for most of their lives.

It's a message he wants to get out because many people have been cutting down their red meat and instead eating more poultry, for health and environmental reasons.