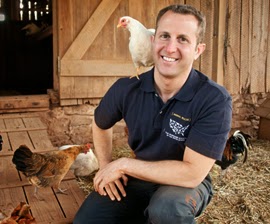 I still remember, very distinctly, when back in 2004, Paul Shapiro called. Wayne Pacelle had taken over HSUS, and wanted Paul and Josh Balk to move from Compassion Over Killing to HSUS and launch a Farm Animal division. I was floored. One of the first things that came to mind was, “If something seems too good to be true, it probably is.” I imagined Paul and Josh being stifled by a conservative, slow-moving bureaucracy, an old, huge organization unwilling to do anything really meaningful that might offend some donors. But still, I thought the utilitarian expected value was such that they couldn't really turn down the offer.

It was a time of significant change in the animal advocacy movement, when more dispassionate utilitarian calculations were being used to help determine how we could use our very limited time and resources to prevent the most suffering. This shift in the movement is documented in two recent articles: Slate's “Save the Chicken: A few decades ago, no one cared about chicken welfare. Now all our eggs are about to be cage-free. Why?” and Quartz's “How the vegan movement broke out of its echo chamber and finally started disrupting things.”

And since then, their work at HSUS, along with the work of other groups like MFA and THL, has had huge impacts for animal welfare, as discussed in the two above articles.

It wasn't clear at the time, but our standard vegan advocacy and outreach was going nowhere fast. Indeed, for a few years during and after the financial crisis, consumption of chicken – and thus the total number of animals killed – declined. We poured millions of dollars and hours into vegan messages to convince people to go veg, but then, as soon as chicken prices fell, consumption went right back up, and is now at an all-time high. And despite all our efforts, the actual percentage of people who don't eat animals has basically not changed, even declining from 2012 to 2015. It is entirely clear that sadly, economics supersedes ethics. 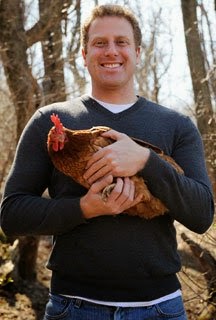 This brings me to the next memorable call, when Josh called to tell me he and his friend Josh Tetrick were starting a company to produce cruelty-free options to animal products. The goal of Hampton Creek Foods wasn't to make life easier for vegans, but to undercut animal products in the marketplace – using what we know about economics to lessen suffering.

This move was one of the catalysts of a whole new push on the supply side of the equation. Company after company is being formed – again, not to serve the current veg community, but to actively undermine animal products in the marketplace. This work is being led in many new directions by Bruce Friedrich and The Good Food Institute.

There is, I believe, a third part to the newly pragmatic efforts to reduce suffering and eliminate the use of animals for food: harm-reduction advocacy. Instead of thinly-disguised (or simply naked) vegan advocacy, we can review all the numbers, studies, and lessons. To summarize very briefly what is discussed at greater length in the previous links:


Then consider this key psychological insight, which won Herb Simon his Nobel Prize in Economics: People don’t make optimal or “perfect” decisions. Rather, almost everyone makes choices based on what is a bit “better” or “good enough.”

With all this, I believe a refined advocacy and outreach approach logically follows. It has two straightforward guiding principles:

These are the guiding principles for One Step for Animals.

If you see the logic to this and aren't a member, please join today! If you are a member already, please consider making a special donation so we can expand this work (all donations are always doubled, dollar-for-dollar).

Thanks so very much.

I'm convinced Paul is the greatest animal advocate the world has ever known.