Look Who Else Hates Hillary

From industry journal, Meatingplace [so clever]:

If Hillary Clinton moves into the White House, the meat industry can look forward to, essentially, four more years of the Obama administration.

That promises a continuation of a host of policies that have plagued meat processors, including a push for greater regulation, the creation of a single food safety agency, tighter rules for animal handling and welfare, a focus on GIPSA rules, support for increasing the Renewable Fuel Standard minimums, an activist EPA, and a soft spot for Meatless Mondays and vegetarianism in the Dietary Guidelines. 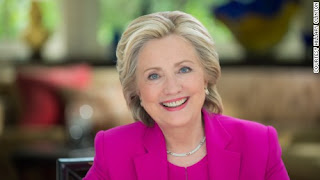 Here is who we help when we attack Hillary:

Another group that loses if Drumpf wins? Animals.

The animal kingdom will have lost one of its staunchest defenders when the Oval Office is abandoned by Barack Obama, who through a series of critical administrative rulemakings has done more to protect animals than any other president in recent memory.

This will be especially devastating if Donald Drumpf replaces him — not only because of his sons’ lust for hunting exotic game but also because his recently announced agriculture advisory committee includes several active opponents of animal protection policies.