Speaking of Our Hen House

The incomparable Jasmin and Mariann wrote this over at the OHH blog:
WE WANTED TO TELL YOU ABOUT ANNE GREEN… 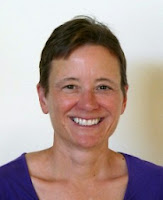 We wanted to tell you about Anne Green, Our Hen House’s Director of Operations. There is no “ask” behind this post, no bottom line from us, no secret agenda. We just deeply appreciate the work Anne does for us — and has done, consistently, in this movement, for decades now — and we wanted to share that awesomeness with you.

Anne Green has been working on behalf of the animals for almost a quarter century, starting as Director of Outreach for Students for Animal Rights. She has helped found a major organization, and offered counsel and support for countless activists and organizations, always striving to help everyone have the greatest possible impact for animals.

Anne has made extraordinary sacrifices to help animals. From the early years when she used her earnings as a professor at Carnegie-Mellon University to underwrite an organization she helped found, to her current role working round the clock for Our Hen House (for far less than what she earned in academia), Anne has always made her decisions based on what will help the most animals, rather than what would increase her visibility, fame or income.

If you’ve ever communicated with us, then you already know that Anne has a role in just about every aspect of this organization, including finding and promoting new and otherwise obscure activists and thinkers who benefit from the exposure Our Hen House can provide. These individuals also help the movement progress, further changing the world for animals!

We are so lucky that Anne is a part of the OHH family. The progress we make for animals is driven by the diligent day-to-day efforts of people working tirelessly, relentlessly, and with unflagging attention to strategy, behind the scenes. Anne is absolutely the epitome of selfless, dedicated, and effective, and Our Hen House could not possibly be what it is without her — the woman behind the curtain.

How many people have altered the course of a major social movement, yet almost no one knows them?

Back in the early 90s, the animal advocacy movement in the US focused almost exclusively on fur and vivisection (as noted by The Economist in 1995). FARM did Meatout once a year, and Farm Sanctuary had some rescued animals in upstate New York. But even though ~99% of animals killed each year are slaughtered to be eaten, relatively speaking, almost no time or resources went into advocating for farmed animals or promoting compassionate diets.

In 1993, Anne Green and two others founded an organization dedicated to focusing on the greatest area of suffering with the greatest potential for advancement: working to expose and end factory farming. Although her co-founders went on to fame, few people realize none of their work would have been possible without Dr. Green’s financial underwriting and organizational efforts. As is far too often the case, the woman behind the scenes has been left out of the history books. No one knew that she bought the car used for the first college leafleting tour. No one knew that when one of her co-founders left activism to go to chiropractic school, Anne kept building the organization behind the scenes, so that when he changed his mind, he could come back and pursue personal projects while working for the organization.

And when, after fourteen years, the group needed her to work full time, Dr. Green left her job in academia, despite the fact she had achieved the pinnacle of her profession: full professor, winner of Carnegie Mellon’s top teaching prize, and President of the national organization for her field. Carnegie Mellon offered to make her Dean if she stayed! But it was more important to her to focus directly on helping as many animals as possible.

Her co-founders were inducted into the Animal Rights Hall of Fame a decade ago, honored for the organization’s work: having eloquently and powerfully made the case for focused, maximum-impact advocacy, and having altered the course of animal advocacy forever. As always, Anne stood in the background. No one knew her co-founders wouldn’t have been there without her. And few know that she has continued to work, all day, every day, behind the scenes, never seeking glory, never seeking power, never seeking popularity, but always striving to help animals as much as possible.