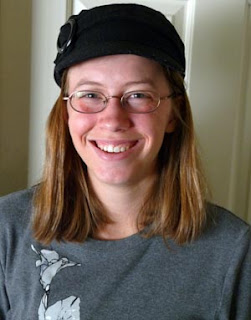 Hallo! I’m Ellen of Arizona. I graduated high school this year as the captain and resident geek of my cross country team, and I’m heading off to California to attend Pomona College. Before I go, I thought I would give my parting advice for vegetarian and vegan kids after the experience of high school, mainly by addressing the most common questions and responses I’ve found to peers finding out that you are veg*n.

First off is the obvious one, “Why are you veg*n?” Of course, this is going to vary from person to person, but my main advice is be brief, be polite, and be enthusiastic as possible. Something simple such as “Well, I know I don’t want to suffer, so I don’t want to make animals suffer” is sensible – you don’t need to go into a whole spiel about the practices on factory farms, although having some details in mind if you’re asked isn’t a bad idea. Be polite, as well – the last thing you want to do is come across as accusatory. Again, show enthusiasm – to do your best for the animals, you want to present as positive a picture of veg*nism as possible. This can occasionally be frustrating when you get the question every time you sit down to eat with a new group of people, but just try to be prepared, and realize it’s a great opportunity to be a representative for the animals.

The next one is the usual follow up, “What do you eat?” Again, this is going to vary from person to person, but you want to emphasize variety and desirability – I don’t think any of us are actually living on kale and raw soybeans, but people seem to think that’s the case on occasion. If you’re a big faux carnivore like me, you might want to point out the variety of fake meats that have been developed in recent years, and are now widely available. If you have the opportunity to go to banquets or bring in food in other situations, I highly advise doing so – people are always surprised at the quality of veg meats and baked goods. You don’t even have to be an expert – Boca chik’n nuggets have been huge hits at Science Olympiad banquets for me.

The third response, and the one that has become more common recently, is “Oh, I could never be veg*n.” This is the one I, personally, have the most trouble answering, but I think one way to approach it is to say, “It might not be as hard as you think,” and elaborate a little on how veg foods have become more available (and tasty!). One point that it’s important to emphasize, though, is that it’s never an “all or nothing” proposition. Maybe mention things like Meatless Mondays, or cutting back on chicken – options that people tend to find more approachable.

Lastly are the aggressive responses that you may get – although, of course, the more veg*nism becomes mainstream, the less this happens, so with luck, you might be able to skip this paragraph! In any case, aggressive responses can vary from the weird thought experiments such as, “What if you were stranded on a desert island with a cow?” to “I just ate a hamburger, nyeh nyeh nyeh nyeh.” There’s no catch-all response for these, but my main advice is don’t get angry. I’m going to say that again, because it bears repeating: don’t get angry. Be polite, be rational, be focused. The issue is the animals, not personal purity, not moral superiority. It always, always, always has to come back to the animals’ suffering. There are some arguments you can’t win and some jibes that will make you furious, but you want to do your best to be a polite and reasonable representative for the animals. It’s not a question of persuading the person you’re arguing with, necessarily, but a question of whether the people around you will see you as that angry, uptight vegan who yells all the time, or a polite, fairly normal kid. None of these people are your enemies – they are the ones who have the potential to make the change for the animals, and the impression you make can have a big influence on that. It’s a hard thing to do, and you will make mistakes – I spent a lot of elementary / middle school in “angry vegan” mode – and it’s not the end of the world. It will get better, both as you move into high school and people are often more open-minded and aware, and as veg*anism becomes more and more mainstream. Enjoy the ride!