We have met the enemy... (Yes, I'm still bitter.) Plus: conspiracies!

As you've read in Losing My Religions, I'm still bitter at the Green Party.

But as Matt Yglesias recently documented, the "mainstream" media was at least as much to blame for the 2016 fiasco: 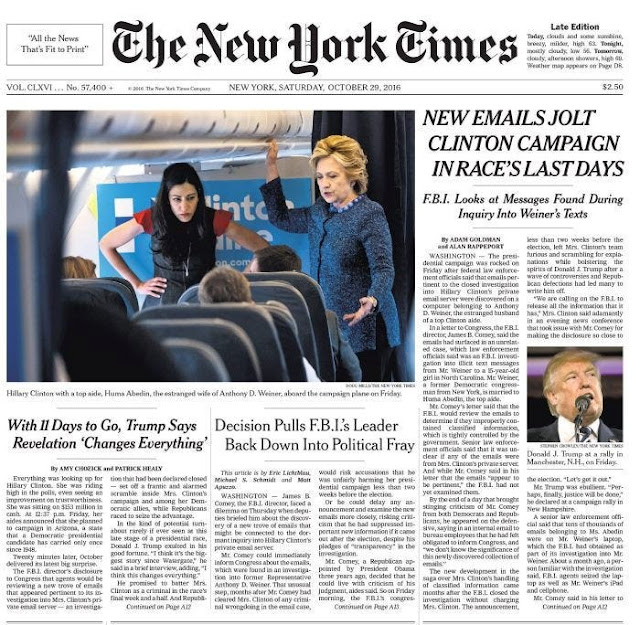 "That one splash from the Times has become emblematic of the obsessive coverage of the Clinton emails story, but the issue was much broader than that. The mainstream American press treated the 2016 campaign as one in which the most important issue was whether or not Hillary Clinton had accidentally mishandled classified information as a result of breaking State Department policy to use her own email server for work.

"Consider broadcast television news. The Tyndall Report concluded that there were roughly 32 minutes of coverage of the candidates’ policy positions on network news during the 2016 cycle in contrast to 100 minutes on the emails story. David Rothschild and Duncan Watts looked at the Times’ front page and found, similarly, that “in just six days, the New York Times ran as many cover stories about Hillary Clinton’s emails as they did about all the policy issues combined in the 69 days leading up to the election.”

"I would also note that beyond the emails, there was an inordinately negative inflection to the coverage of Clinton.