In case it isn't clear, I am not "Vegan"

There is a chapter in Losing My Religions that goes into this more, but for now, I outsource this to The Animalist:

Even if all vegans were nice and friendly, the point of my article is that veganism in itself as a movement is not something I want to be a part of. A broader, more inclusive approach focusing more on the animals and less on every detail of an individual’s current lifestyle is more effective. Either way, it remains nothing but a tool amongst many that can be used against speciesism, for animal rights. It isn’t a goal and it shouldn’t be a dogma (a principle or set of principles laid down by an authority as incontrovertibly true).

I have called myself a vegan and worked at changing veganism but I have come to the conclusion that veganism is what it is and that it is a closed club, which is detrimental when it turns it into a rigid dogmatic venture based on personal purity and exclusion. Veganism as a movement to fight speciesism is not something I embrace or even condone any more.

I still don’t consume sentient [key word: "sentient" -ed] animals and their by-products and I still want to encourage others to do likewise, in a friendly and pragmatic manner. Promoting an animal friendly lifestyle is a tool, not an end.

2020 Update: The vast majority of people are not going to go vegan or vegetarian and as vegans continue to push an all-or-nothing “go vegan” agenda, they are missing the point. Even pragmatic vegans who understand the value of small steps forward are missing the point if they believe that the ultimate goal is to make people go vegan in the end. Looking at encouraging realistic and potent simple steps with the greatest potential to save animals and reduce suffering is much more important. This is what One Step For Animals is about and this is the approach I wholeheartedly recommend. 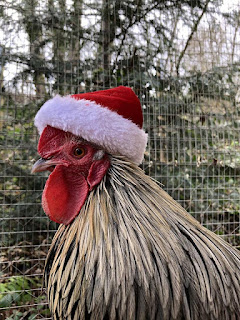