I re-posted the Hillary meme (below) on Facebook and got these replies:

My entire adult life we’ve watched [Dems] fold at every opportunity to make a difference. From the 2000 election, to Obama not codifying Roe and bailing on substantial healthcare changes. Now Biden starting with not even doing the $2000 checks he promised or eliminating student loans.

Let me be clear: this is  like saying, "I will now force you to date someone who wants to beat you, maybe to death, because my partner didn't provide oral sex and gourmet meals on demand."

But seriously: this person is saying that since Biden didn't send him more free money and cancel his student debt, poor women in red states will be forced to give birth while school children will continue to be slaughtered by AR15s and trans kids bullied into suicide.

From Losing My Religions:

"The people who claim to care about the climate, life on Earth, etc., had the choice of Gorsuch or Garland. They chose their ego, giving us Alito and Kavanaugh and Amy Handmaid's-Tale and their witch-hunting heroes, dooming those already marginalized and oppressed."

But if you doubt whether the Democrat Party is worth supporting, take 79 seconds to watch this. 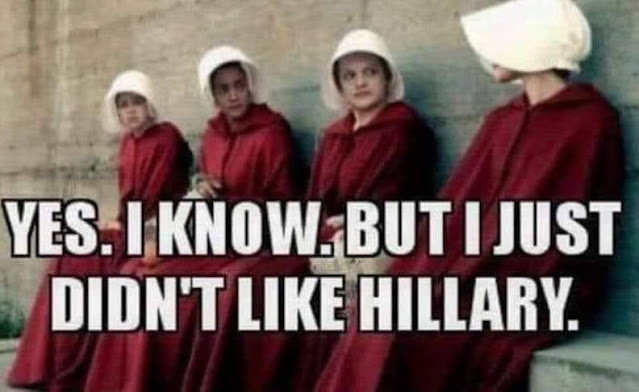