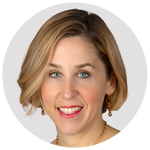 From Pamela Paul at the New York Times; excerpts:

As the Fourth of July looms with its flags and its barbecues and its full-throated patriotism, I find myself mulling over the idea of American exceptionalism. What, if anything, makes this country different from other countries, or from the rest of the developed world, in terms of morals or ideals? In what ways do our distinct values inform how America treats its own citizens?

I land on a distinct absence of mercy.

Witness the ruthless evisceration of Roe v. Wade and the expansion of the right to carry guns in public in the wake of two horrific mass shootings. Both courtesy of a Supreme Court that is supposedly the institution vested with carrying out the highest standard of justice for its citizens and yet is wholly indifferent to the lives of America’s women, children and families. Witness the horrors of Jan. 6 or our mismanagement of the pandemic. Witness a health care system that continues to see human beings as walking P&Ls rather than as people deserving of compassion and care.

I can’t help but see a particular American bent toward cruelty. Especially when it comes to life-or-death matters, with a merciless streak that dictates not only how we live, but also the laws around who dies.