I read a recent post asserting that an exact duplicate of you would be you.

I'm always bewildered by claims like this. It makes me think that the person doesn't actually have a subjective inner life, that their thoughts and "feelings" are not anything other than computations.

This is why the Star Trek transporter is crazy to me. Every time someone is transported, their consciousness ends. That is, they die, and a duplicate of them takes over, even though the duplicate feels a continuity of consciousness.

STNG's Second Chances makes this case clearly. Riker is duplicated in a transporter mishap. Two exact copies are created. Which one is the person who went to be beamed up? It can't be both - their brains are creating separate consciousnesses. It can't be one of them, as they're both the same. It is clearly neither - the original person is dead. 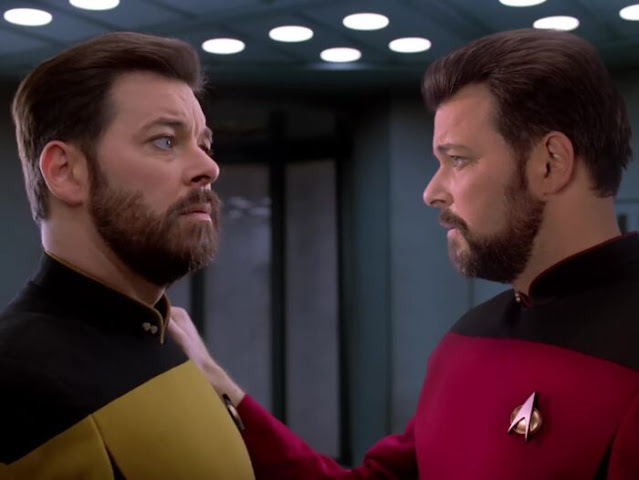