Harvard Aint All That 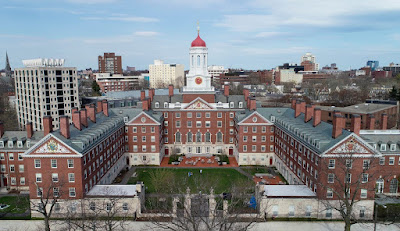 The Guardian: Turns out, Harvard students aren’t that smart after all

"A whopping 43% of white students weren’t admitted on merit. One might call it affirmative action for the rich and privileged

"43% of Harvard’s white students are either recruited athletes, legacy students, on the dean’s interest list (meaning their parents have donated to the school) or children of faculty and staff. The kicker? Roughly three-quarters of these applicants would have been rejected if it weren’t for having rich or Harvard-connected parents or being an athlete."

In 2011, EK and their best pal both applied to Stanford. A different kid from their class was the only one who got in, and he had a lower SAT, lower GPA, and much worse extracurriculars than either EK or their pal. (EK was a National Merit Scholar, earned eight varsity sports letters, was state champion at Science Olympiad, etc.) But the kid who got in was a legacy.

EK went to Pomona, which at the time was Forbes #1 school in the country. It was a great school, as were all the connected schools. But certainly having a Stanford or Harvard degree opens many more doors. It seems to me that the 1% protecting their privilege in this way should be a concern for everyone.