The Personal Is Not Always Political

Ezra Klein recently had a good comment on his podcast that people often mistake statements of personal affirmation for efforts at persuasion. That's a really excellent point. He went on:


Jia Tolentino writes about that in her book, but there’s something about online discourse, perhaps the immediacy of conflict and criticism and feedback, that makes actions of personal expression feel to people like acts of political changemaking when they’re not...

To which I would add that I think another factor might be the relative amount of actual real-world influence a person or community feel they have.

For example, vegans (speaking in general / caricature) have basically no influence in the U.S. – per-capita consumption of meat has never been higher. So they take out their (justifiable) rage on each other instead, as well as through angry / futile stunts that only serve to give people more reason to hate vegans and ignore animal issues. (PS: this is funny.) 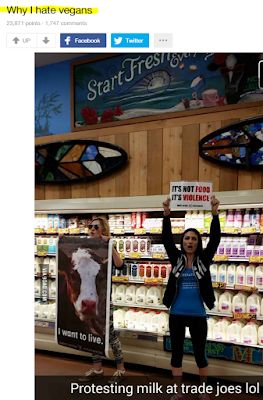