Now imagine the briefest, mildest unpleasant experience. Not even a stubbed toe -- maybe just a brief muscle spasm that you barely notice. Make that a 0.0001 on the suffering scale.

And yet, that is what a strict utilitarian calculus would require -- prevent the most total suffering. The short takeaway is that I don't see that morality can be based on a simple summing across individuals (apologies to Parfit). 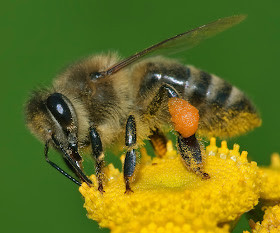 I would be very comfortable betting my life that insects do not have subjective conscious experiences. Not to get into the weeds, but I believe people too easily conflate behavior with consciousness. The ability to sense things -- "sentience" in its broadest meaning -- exists all the way down to single-cell organisms (Carl Sagan once told me this is why "sentience" per se couldn't be the basis of morality). To me, all the evidence indicates that the ability to have conscious, subjective experiences -- to be able to actually suffer -- derives from and requires significant neural complexity (sorry Chalmers). And once the appropriate level of complexity is reached, further complexity can lead to a greater capacity for consciousness. That is, the ability to feel feelings is not binary, but analog. (For much much more, please see this. I don't fully agree, but it is the most honest and thorough treatment of consciousness I've ever come across.)

So even if insects can have any subjective experience, their most intense sensation would be the palest hint of a feeling -- a tiny fraction of the worst suffering we can experience.

I could be convinced that I should do something with my life that would help individuals who are suffering worse than chickens -- individuals who wouldn't be helped if not for my specific efforts. But I've not yet come across that argument. Loads of people care about mammals and loads more care about humans. But few people care about chickens, even though the average chicken is basically tortured. Even assuming chickens have a lower capacity to suffer than a cow, I'd rather be reincarnated as an average steer than your average chicken. (I'd easily choose being reincarnated as a bug over either of those options!) Yet most of our dietary advocacy leads to more chickens suffering.

I could be wrong -- I've changed my mind before.