It is interesting how the word "vegan" doesn't seem to have such negative connotations in every country. But study after study has shown it to be a bad word in the U.S. From this 2017 post:

Research at the University of Arizona's Eller School found that the general public thinks that vegans are annoying (to put it mildly). This recent survey found that vegans are viewed more negatively than atheists, immigrants, homosexuals, and asexuals. The only group viewed more negatively than vegans were drug addicts. Labeling a product “vegan” causes its sales to drop by 70%.

July 2017 update: When Vegan Is a Dirty Word. August 2017 update: Meat-eaters are being put off going veggie because of certain aggressive vegans, says survey. More update: how horrible is this? October update: what vegans think of vegans. May 2018: “Vegan” is the single worst word you can possibly use to describe a product. 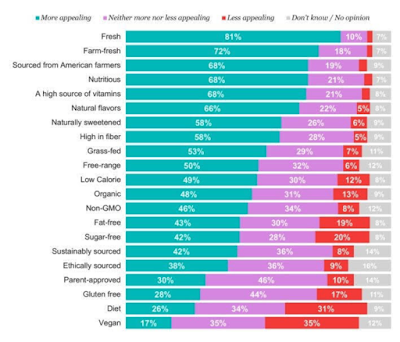