Why isn't this breakthrough huge news? From New Scientist

Fixing a flaw in photosynthesis could massively boost food production 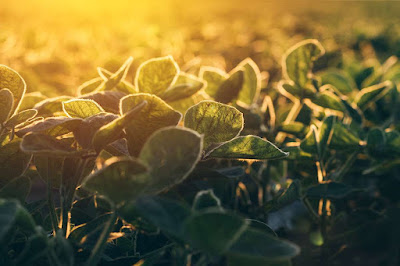 Intelligent design has triumphed where evolution has mostly failed. Biologists have boosted the biomass of tobacco by around 40 per cent by compensating for a fundamental flaw in photosynthesis.
The team is now working trying to introduce the same changes into food crops, starting with cowpeas and soybeans. “The funding agencies are really keen on getting this technology into the hands of the world’s poorest,” says team member Amanda Cavanagh at the University of Illinois in Urbana.
The key ingredients of life are molecules made of chains of carbon atoms. Plants assemble these chains from carbon atoms taken from the carbon dioxide molecules in the air.

But the enzyme that grabs hold of CO2 and adds it to a carbon chain often grabs hold of an oxygen molecule by mistake. This generates toxic molecules that plants have to expend energy to mop up. This fundamental flaw has been described as one of evolution’s greatest mistakes.
To be fair, it wasn’t a huge issue when photosynthesis first evolved, because there was little oxygen around. But as oxygen levels rose and CO2 levels declined over the aeons, it became a huge problem for plants. The grabbing of oxygen by mistake – called photorespiration – now happens so often it can reduce the efficiency of photosynthesis by as much as 50 per cent.
A few plants have evolved a solution: they concentrate CO2 inside them to reduce the odds of oxygen being grabbed by mistake. But most of the plants we eat, including almost all vegetables and fruits, and key crops such as wheat, rice and soybeans, can’t do this. Biologists have been trying to find a fix for decades.

Based on this work, Cavanagh and colleagues designed three alternative pathways for dealing with the toxic byproducts of photorespiration. “What we tried to do was to reroute the entire process,” she says.
They genetically engineered these pathways into tobacco, chosen because it’s an easy plant to modify and has a short life cycle. In field tests over two seasons, the biomass of the best performing plants was boosted by more than 40 per cent.
In 2016, another team boosted tobacco biomass by around 15 per cent by improving plants’ ability to cope with changing light levels. “The hope is that we can stack up these traits and get additive gains,” says Cavanagh.

Read more: Should we upgrade photosynthesis and grow supercrops?

But making fundamental improvements in photosynthesis might have some risks. In theory, upgraded crop plants that turn feral or interbreed with wild relatives could have a competitive advantage over most other plants.
But even if this trait does spread beyond farms it’s unlikely to cause serious problems, says plant geneticist Maureen Hanson of Cornell University.
“Enhanced growth of a weedy species is not likely to disturb ecology as much as we already disturb it through the environmental effects of traditional agriculture,” she says.
And in the wild plant growth is mainly limited by the availability of water, nitrogen and phosphorus, not by photosynthetic capacity, says Andreas Weber of the Institute for Plant Biochemistry in Duesseldorf, Germany. “I don’t think that the trait would provide a selective advantage to natural vegetation.”

The risks also have to be weighed against the benefits. Most efforts to improve crops produce only tiny yield increases. Big boosts are desperately needed to feed the world’s growing population while reducing greenhouse emissions via bioenergy and still leaving space for the wildlife we depend on.
Even if the most glaring flaws in photosynthesis were fixed, plants would still be far less efficient at capturing the sun’s energy than solar panels. That’s why many researchers are trying to develop artificial forms of photosynthesis.