Is Sam Harris the Most Self-Centered Person in the World? 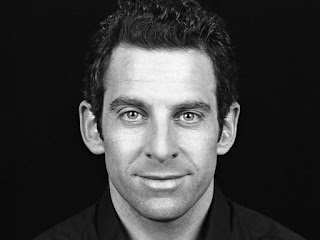 In the latest "Ask Me Anything," Sam was asked about the person who wanted to change his age from 69 to 49. In his answer, Sam compared it to the white con-woman who posed as black, and then to trans people. He concluded that we don't allow people to change their age merely because not enough people are "clamoring to do so."

Once again, Sam's lack of empathy and insight is astounding. This person wants to change his age to benefit himself. No one comes out as trans to benefit themselves. 2018 has had the most murders of trans people in the United States ever, and a similar rise in the rate of violence. This is not to mention what many trans people go through with family and in the workplace.

Hey Sam -- how many people are beaten to death for turning a certain age?

That Sam could even consider for a second that there is some equivalence between "feeling younger" and being trans -- let alone go on the record saying so -- is, to my mind, extraordinarily damning.

Sam also revisited his interview with Rebecca Traister. Again, as he did in the intro to the podcast itself, he bemoaned the fact that he hadn't been able to interrupt Rebecca during the interview. Bizzare.

And again, in the AMA Sam claimed it was important that we see how unfairly celebrities have been treated by #MeToo, because "they are the canary in the coal mine." But what was his example of the great injustice? That people were mean to Matt Damon on Twitter.

It would appear that Sam's algorithm is simple: How will issue X affect well-off straight white men? More and more, it seems to me that is Sam's only concern in the world. He's become a new Jordan Peterson, just telling straight white men what they want to hear. How else can you possibly explain his contention that cross-burning darling of the KKK Charles Murray is "the most unfairly maligned person in my lifetime. That doesn’t really run the risk of being much of an exaggeration there."

PS: Another white guy pines for a time when only white guys had power.