Very Fine People on Both Sides!

"Jared's [Taylor] whole thing is around racist science, where's he's trying to promote a hierarchy of intelligence and IQ and that's it's natural for us to discriminate against people of color because they have lower IQ." 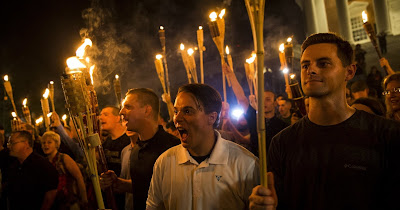 Sam's reaction -- and this is also a quote: "The special problem with people like [Richard] Spencer and I think it might even be more true of Jared Taylor is that there is truth mingled in with his racism."

And in case this seems like cherry picking quotes, Sam then goes on (and again, direct quote): "You raised this issue of IQ and the biology of intelligence. There are actually politically inconvenient data that have impeccable scientific bona fides at this point. And more data's coming all the time."