If you follow me on Facebook, you'll have seen a number of posts about genetically modified organisms (here's a good one). Or, as they are known in the modern world: basically everything.

What people don't realize is that just about all food produced by modern agriculture has had its genes modified. What would it look like if that wasn't the case? 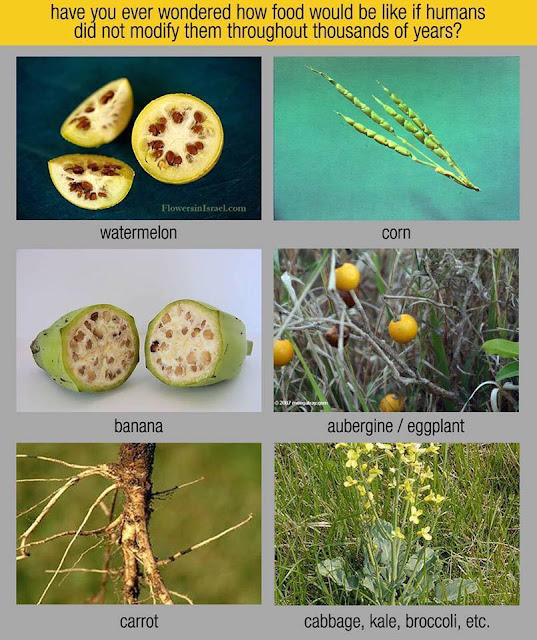 What people don't seem to realize is that back in the 1950s and 60s, food scientists bombarded our crops with high doses of radiation to create mutations. They then grew the mutated crops to see if any of the expressed mutations were beneficial. Obviously, though, there was no way to know what all the mutations were doing. It was just taking a shotgun to the genome and hoping something good happened.

Now with techniques like CRISPR, we can intentionally turn on or off genes or insert a sequence of base pairs to provide exactly the change we would like (e.g., producing Vitamin A, which would help many millions avoid death and blindness, an outcome some oppose).

Which do you think has a greater impact on the genome: using a shotgun or a scalpel?

And for those who haven't seen this, we've manipulated the genomes of chickens, too. 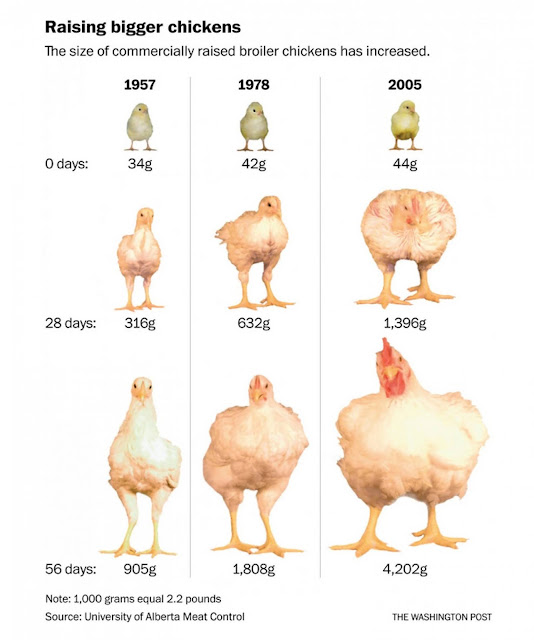